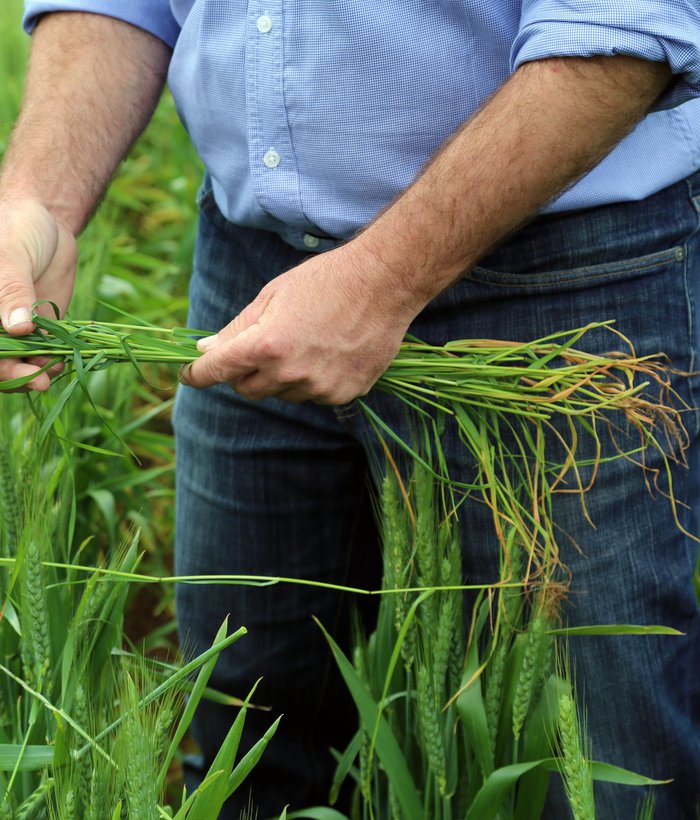 For many Queensland grain growers, annual ryegrass is a weed that rarely hits the priority list.

However recent research investigating whether the typically winter weed is adapting to Australia’s climatic conditions and becoming more productive in the warmer months, suggests growers shouldn’t be complacent.

Experience from southern neighbours highlights there’s good reason for the concern. In ideal conditions annual ryegrass can produce extremely high numbers of seeds per plant with dense stands able to produce up to 45,000 seeds per square metre, populations are commonly resistant to Group A-fops and dims and Group B-sulfonylurea herbicides and there are increasing numbers of confirmed cases of resistance to glyphosate (Group M).

Under field conditions, ryegrass seeds generally remain dormant for eight to nine weeks after maturity before they germinate on significant autumn or winter rain, however the weed can also germinate and grow during summer.

Research supported by the Grains Research and Development Corporation (GRDC) and conducted by the University of Queensland (UQ) is comparing winter and summer growing ryegrass populations to help industry better understand the growth and development of annual ryegrass under different seasonal conditions.

“We compared both summer and winter populations planted in May 2019 and January 2020. Generally, when annual ryegrass was grown in our trials in summer, it tended to emerge quicker and reach the fourth leaf stage quicker, but it took much longer to develop heads and reach flowering,” Dr Thompson said.

“So even though seeds tend to germinate earlier in summer, they are unlikely to progress to the reproductive stage until there’s an onset of colder temperatures.”

Dormancy was also monitored in the research, with seeds tested 45 days and 90 days after seed collection.

“This shows that even the naturally occurring winter populations have significant potential to germinate and grow throughout summer,” he said.

GRDC Crop Protection Manager - North, Vicki Green, said the research was particularly relevant for those who may have introduced ryegrass weed seeds in fodder during the recent drought years.

“Dr Thompson’s work has shown that ryegrass is very adaptable and will persist quite happily under summer climatic conditions,” Mrs Green said.

“In many situations, populations introduced in fodder will also be resistant to a range of chemistry groups, so every effort should be made to monitor and control emerging ryegrass before it has the chance to set seed.

“We only have to look at the impost ryegrass causes to productivity and profitability in southern and western farming systems to understand how important it is to manage ryegrass populations early on.”

Growers who find annual ryegrass populations in their paddocks this summer are encouraged to contact Dr Thompson on Michael.thompson1@uq.edu.au or Bhagirath Chauhan on b.chauhan@uq.edu.au for seed collection purposes.