Stacking the odds against awnless barnyard grass this summer 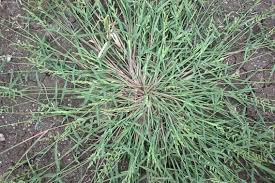 Through a focused effort to better understand this problematic weed, GRDC invested in a series of studies on various aspects of its ecology. This work was done by QAAFI weed researchers, led by Dr Bhagirath Chauhan at the University of Queensland, Gatton.

“Awnless barnyard grass is one of the top three most problematic weeds of summer crops and fallows in Australia,” says Dr Chauhan. “Our studies looked at environmental and cultural effects on germination, the impact of crop competition and early weed control, seed retention at harvest and the effect of low rates of glyphosate.”

These studies confirmed that awnless barnyard grass can emerge in spring, summer and autumn in Queensland, with temperature being the main driver of seed germination.

“Germination is rapid for seed exposed to the light on the soil surface, as in no-till summer fallows,” he says. “As the temperature increases, seed buried up to 8 cm below the surface can also germinate. Covering the soil with crop residue suppressed germination by about 20 per cent, from 70 per cent without cover down to 47 per cent with sorghum trash.”

To run down the seedbank of awnless barnyard grass, whether glyphosate resistant or not, requires two to three years of no recruitment through ‘seed rain’. Strategic tillage is only useful if the seed bank is buried to a depth of more than 8 cm and then not disturbed again for many years as the seed will persist for longer than two years once buried.

“The best way to reduce seed production in this weed is to grow competitive crops in summer and to focus on controlling weeds for the first two weeks after crop emergence,” says Dr Chauhan. “Both mungbean and sorghum crops can significantly suppress awnless barnyard grass growth and reduce the quantity of seed set over the warmer months.”

“Compared with weed plants grown alone, mungbean interference of four and eight plants per pot reduced weed seed production by 85 to 95 per cent. These reductions were similar for both glyphosate resistant and susceptible biotypes.”

“This shows the importance of early weed control – even in widely-spaced sorghum,” says Dr Chauhan. “Plants that do emerge with the sorghum crop or within the first two weeks retain about 45 per cent of their seed at harvest. Although larger plants produce more seed than smaller ones, plant size did not predict the level of seed retention at sorghum harvest.”

While harvest weed seed control might be less practical in sorghum than other summer crops, removing almost half of the seed produced in-crop would be a valuable contribution to reducing the seed bank.

The random weed survey indicated that all populations, whether resistant to glyphosate or not, were susceptible to propaquizafop, clethodim and imazapic, providing some herbicide options for growers to achieve early weed control.

In terms of pure plant ecology, there were few surprises – some awnless barnyard grass biotypes are more invasive than others, but growth and seed production of this weed at all moisture levels and environmental conditions ensures survival of the species and contributes to its weedy nature.

“In a study of ten awnless barnyard grass populations we saw large variations in many traits, but growth behavior and seed production potential in these populations did not help predict the likelihood of glyphosate resistance evolving,” he says. “Soil moisture is the main driver of weed growth and seed production. However, when this weed is well-watered even the glyphosate-resistant populations were three times more susceptible to the herbicide than when the weed is water-stressed.”

In both resistant and susceptible biotypes, very low rates of glyphosate were shown to stimulate growth. This is known as the ‘hormesis phenomenon’, where a stress can stimulate a positive response. Plants treated with glyphosate at active ingredient rates of 2.5 to 40 g/ha grew taller and produced more leaves, tillers, inflorescences and seeds than the control treatment. These rates are far lower than label rates for awnless barnyard grass and demonstrate the importance of accurate mixing and application of herbicides to ensure lethal rates are applied.

These weed ecology studies have demonstrated that glyphosate resistance in awnless barnyard grass does not confer any advantage or disadvantage over susceptible biotypes. The recommendation then is to treat all populations as resistant to glyphosate and to stack as many of the WeedSmart Big 6 tactics against it as possible, even if each tactic only provides a relatively small control benefit.