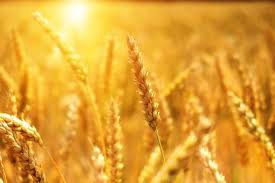 After prolonged drought conditions, which have delivered three years of decline in Australia’s grain production and exports, global agribusiness specialist Rabobank is forecasting the nation’s crop planting to be up by 26 per cent on last season to 22.5 million hectares.  This is 12 per cent above the five-year average.

Combined with forecast above-average rainfall for the critical growing season ahead, this should deliver Australia an average to above-average winter grain crop, the bank says.

Much of this improvement will occur in the previously-droughted cropping regions of the eastern states, with New South Wales-planted area forecast to be up by a staggering 95 per cent and Queensland by 44 per cent, Rabobank says in its just-released Australian 2020/21 Winter Crop Outlook.

For wheat, the report says, a total harvest volume of 26 million tonnes is “not unrealistic, given our expectations for hectares planted this year”.

Rabobank senior grains and oilseeds analyst Cheryl Kalisch Gordon says the promising crop outlook is welcome news for Australia’s agricultural sector after years of drought and the severe disruptions of summer bushfires and COVID-19 in the first half of 2020.

“While it’s still around six months until the grain is in the bin, all the hallmarks of an above-average season are now falling into place,” she said.