Surveillance technology to ramp up intelligence on pests and diseases 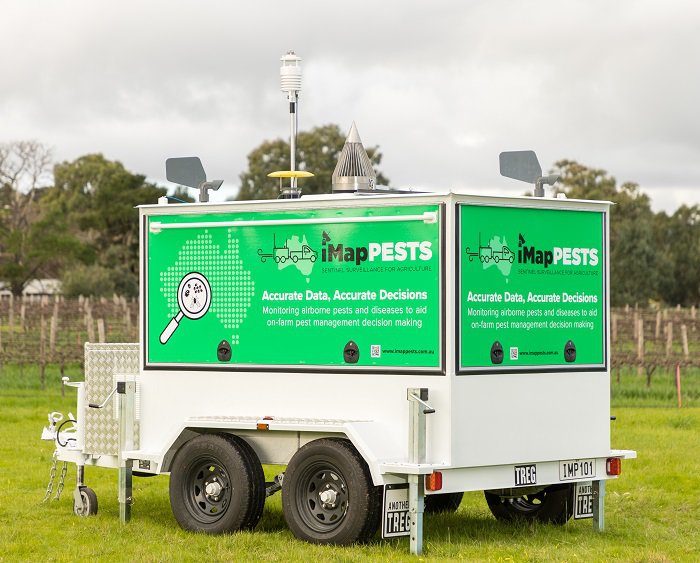 Australian plant industries are set to benefit from the deployment of some of the most sophisticated pest surveillance technologies in the world, with a revolutionary mobile surveillance unit prototype about to be launched.

The iMapPESTS surveillance prototype, ‘Sentinel’, heralds the proposed delivery of a national cross-industry surveillance system that can rapidly monitor and report the presence of airborne pests and diseases affecting major agricultural sectors, including grains, cotton, sugar, horticulture, wine and forestry.

iMapPESTS is a $21 million collaborative cross-industry project under the Federal Government’s Rural R&D for Profit Program, bringing together support from all plant industry Research and Development Corporations. The project is designed to put critical information into the hands of Australia’s primary producers to enhance on-farm pest management decision-making.

“The information generated by the mobile surveillance unit will eventually support the grains industry to increase responsiveness to pest and disease presence, boosting profitability.”

Such information could be used by all plant-based industries to guide the direction or intensity of scouting efforts and pest control actions. The system could also facilitate a co-ordinated response to biosecurity efforts during exotic pest and disease incursions.

The launch of the prototype brings the iMapPESTS project one step closer to delivering a range of valuable, locally relevant, surveillance, diagnostics and forecasting tools for growers. The overall project aims to lay the foundations of a national surveillance system to support enhanced pest management decision‑making.