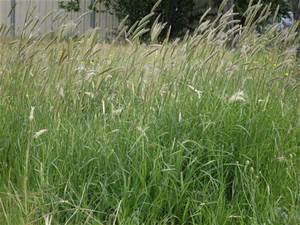 At a farm level, current management strategies for FTR generally involve applying a Group A herbicide followed by paraquat as a double knock. Often a residual herbicide is also applied with the paraquat.

Any weed survivors or new germinations are then controlled using camera sprayers or by hand weed chipping. Crop competition and strategic tillage are also used to assist in managing FTR in the paddock.

Growers, agronomists and farm advisers shared their FTR experiences and discussed effective management approaches as part of five workshops initiated by the Grains Research and Development Corporation (GRDC) in December.

“Despite the relatively short geographic distance between these places, the workshops revealed regional differences that were most often associated with which residual herbicides were best suited for the local farming system,” Mrs Green said.

“But growers and advisers also considered it important to understand the ecology of FTR and how they could then use this information to inform non-herbicide management tactics.”

Mrs Green said the response to the FTR series had been overwhelming.

“Every workshop we offered was at capacity and we actually had to turn people away,” she said.

“This response highlighted the impact FTR is having on northern farming systems – if it gets out of control it can force really significant changes on growers.”

The workshops were facilitated by Independent Consultants Australia Network (ICAN) with support from Richard Daniel from Northern Grower Alliance (NGA).

Weed specialist and ICAN senior consultant Mark Congreve said despite the complications of COVID-19, the workshops attracted a full house.

“People wanted this information and as a result we had attendance waiting lists for quite a few of the locations,” Mr Congreve said.

“The workshops started by covering what is known about FTR ecology and how it spreads, before moving into management strategies.”

The key learnings were:

FTR is a very poor competitor and seed set will be greatly affected by crop competition, while at the same time it can viciously exploit wide rows, gaps in the crop and other bare areas of soil such as fallow and roadsides.

A highly valued part of the day was the opportunity for participants to workshop real life FTR scenarios and how they might implement a strategy over a two-year period to get the weed back under control.

Mr Congreve said the take home messages were that the most effective, least costly, management plan was to keep FTR out of cropping paddocks.

“Doing this requires a strong commitment to farm hygiene, roadside management and individual plant removal whenever plants or clumps are found,” he said.

“Research indicates glyphosate resistance is now present in most FTR populations in Queensland and NSW, and we are now seeing some Group A herbicide resistance emerging.”

“This means that in the future, even double-knock strategies may not be effective, so workshop discussion also focused on the practicalities and challenges should a three-pass knockdown approach be needed on each emergence over summer.”

At a farm level, Mr Congreve said the workshops revealed the diversity of tactics being used to control FTR, with growers closely correlating their approaches to their farming rotations. The workshops offered the following insights:

At Dalby, which is traditional ‘double-crop’ country, there was a very heavy emphasis on mungbeans and chickpeas in the planned rotation, along with a high use of Dual® Gold.
In the Goondiwindi region, the use of camera sprayers in the summer fallow was very high, along with interest in utilising IMI-tolerant winter crops, however this was providing mixed results on FTR.
At Mungindi, the less reliable nature of summer rainfall and hence reduced reliance on dryland summer crop options, was pushing growers toward the use of long-term residuals over the summer fallow. Often this was Balance® alone or in mixtures, with either cereals or chickpea as the next rotation crop.
At Moree and Bellata, several growers were concerned about farm hygiene strategies to keep FTR out of paddocks and tactics to manage small outbreaks and individual plants. There was also considerable interest in how to include residual herbicides into the management system without undue disruption to the preferred crop rotation.
Mr Congreve said this variation in management approaches showed there are a range of different options available to growers to manage FTR, but all will require vigilance, time and most probably extra costs.

“The key is to act early and exploit the weakness in the FTR armour, which is the relatively short persistence of FTR seed,” he said.

“Where growers can ensure no seedbank replenishment for two consecutive years it is possible to rapidly drive down the FTR problem.”

To help determine if there is demand for additional FTR workshops, growers, agronomists and advisers are asked to register their interest with Vicki Green on vicki.green@grdc.com.au.