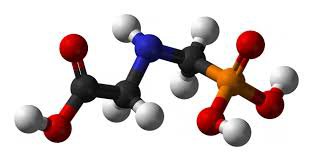 After the article’s release, leading pesticide companies from Brazil, Germany and Southeast Asia contacted AgroPages to discuss the probability of a 43% decrease in glyphosate production. These companies are worried about the potential collapse of the international glyphosate market caused by the situation in China, as suggested by the article, because no other countries can produce the same volume of glyphosate, leading to higher prices of terminal products and forcing farmers to seek alternatives.

The Chinese Government’s current environmental compliance policy does not specifically target glyphosate production, it also focuses on phosphorus production. The policy aims to control the production of yellow phosphorus to reduce the environmental impact caused by its by-products, such as the damage caused to the protected Yangtze River.

More than 60% of producers of phosphorus-based products in China are located in seven provinces and municipalities along the Yangtze, including Hubei, Guizhou, Yunnan, Sichuan, Hunan, Chongqing and Jiangsu. Pesticides are only a small part of the downstream industry. Within the region, only 29 companies produce phosphorus-containing pesticides, out of 692 companies involved in phosphorus production.

Glyphosate is currently experiencing low demand worldwide and global production is relatively weak. A US market sales director from a world-famous generic pesticide multinational said to AgroPages that the future of glyphosate in the US is uncertain, as most distributors are waiting to see if Bayer will be hit with more lawsuits related to glyphosate. The US has not increased its tax on glyphosate technicals, but its tax on glyphosate formulations was increased to 31%. Distributors are expected to take appropriate actions according to market trends.