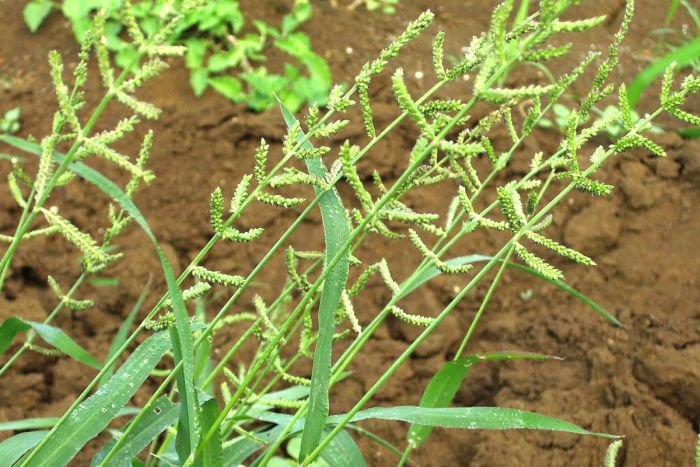 Glyphosate, commonly known as Roundup, has been the most frequently used herbicide on the planet, mainly because most plants cannot metabolise it, or break it down.

But a barnyard grass population in the Ord irrigation scheme is the first weed scientifically proven to be the exception to the rule.

Professor Stephen Powles is among a group of researchers at the Australian Herbicide Resistance Initiative who have spent the best part of a decade trying to crack the mystery behind this supposed 'super weed'.

"In research you get excited about new discoveries that weren't known previously; and in the world of science this is indeed a first," he said .

Professor Powles has forged a career in agricultural weed management that has seen him rise to become a global expert in herbicide resistance.

What causes resistance?
In the last 20 years, massive glyphosate use has led to worldwide evolution of an increasing number of glyphosate-resistant weed species.

In the United States alone, the herbicide has an estimated annual use of 136,100 tonnes (300 million pounds).

Currently 304 populations of 42 weedy species have evolved resistance to glyphosate across six continents.

But until now, no scientist has proven a plant's ability to metabolise or break down glyphosate.

It all started back in 2011, when a former Ord agronomist Andrew Cripps was approached by a grower who had barnyard grass which had survived hefty glyphosate use on the farm.

When Professor Powles heard of the conundrum, he flew to the northern irrigation region with an American colleague, Dr Todd Gaines, to investigate.

"And any plants that've evolved resistance around the world, none have done so by the ability to break down or metabolise herbicides.

"Despite a lot of good work, we were not able to identify the mechanism of resistance in this population."

An international collaboration
Professor Powles said this scientific enigma piqued the curiosity of a group of 20 scientists from China, who flew to AHRI in Perth to collaborate on the research.

"For many years now, we've had excellent collaborations with various labs in China," he said.

"This young man Dr Pan Lang from China started these studies using sophisticated modern genetic tools [and] we were able to identify a gene called the AKR gene that we thought might be responsible.

"We isolated that gene from our glyphosate-resistant barnyard grass, put it into rice and the ultimate proof was that rice became resistant to glyphosate.
"By doing so we were able to identify this population of barnyard grass from Kununurra in WA, is the first population in the world to have evolved resistance to glyphosate due to the ability to metabolise glyphosate and de-toxify it."

A lesson in weed management
So what significance does this discovery have beyond the lab, for farmers around the world?

For Professor Powles, the accidental discovery is a much bigger lesson in using restraint when reaching for Roundup on the farm.

"The bottom line for farmers who are using glyphosate is a variation of the old line — when you're on a good thing, don't stick to it," he said.
"By that I don't mean cut the rates, I mean you cut the number of times you use it.

"If you want glyphosate to work for the next generation, then you need to show some restraint with it now."

In Kununurra, the research has changed the way farmers approach weed management, according to the man who first identified the weed's resistance almost a decade ago.

"We got the farmers to listen to those guys and it certainly changed the way things were happening and the way guys were thinking," Mr Cripps said.

"It just reinstates the importance of these chemicals that we use and if we don't look after them then we won't have them forever, we won't be able to continue to use them."

He said he was increasingly noticing more and more glyphosate resistance in the Wheatbelt region.

"Conserving chemical groups, rotating and using other ways to approach weeds is something that we deal with every day in our business down here," Mr Cripps said.

"No matter where you farm or even in your backyard, if you continue to use the same thing then resistance will happen; it’s inevitable."

Professor Powles agreed it was only a matter of time before more discoveries were made.

"What happens in research is someone makes the discovery, then others can go look for that in other situations, and design a diagnostic test to quickly look for that gene once its been identified," he said

"So it will get found all around the world now, you can bet on it."

The research comes at a time when the popular herbicide finds itself under an increasing amount of public scrutiny.

The chemical's manufacturer Monsanto has been ordered to pay out billions of dollars in compensation to customers in several high profile court cases in the United States, where it was argued regular contact with glyphosate was linked to cancer- a claim Monsanto strongly deny.

A number of countries have taken steps to restrict or ban the product but it remains the biggest selling weedkiller around the world.