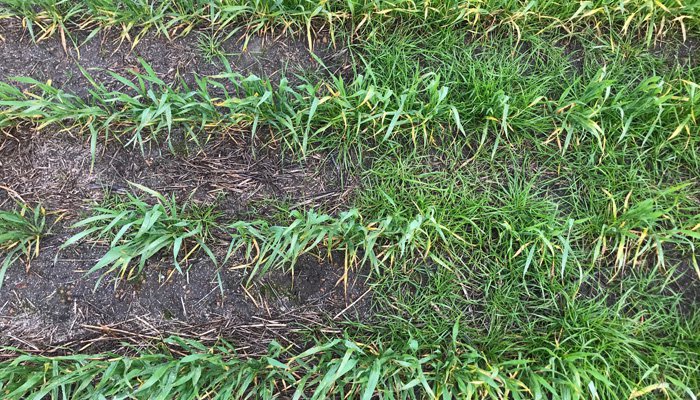 Bayer Customer Advisory Representative Matt Willis said conditions ranged from ideal in Western Australia to extremely challenging and dry in New South Wales, and also included sites where there were high weed burdens, some weed populations with resistance to trifluralin, and later germinating weeds to test the residual activity of the herbicides.

Nine trials across WA, NSW and South Australia compared Sakura® and a Sakura plus trifluralin tank mix against current standards including prosulfocarb, Boxer Gold®, both also in mixes with trifluralin, and a single application of trifluralin.

Matt said all sites received knockdown herbicides and the treatments also included the early post-emergent application of Boxer Gold following incorporation of trifluralin at sowing, an increasingly popular use pattern adopted by growers today as a salvage spray to control weeds that have survived pre-emergent herbicides.

He said various growers consider the opportunity of the post-emergent application under suitable conditions, however spray timing according to weed size plus follow-up rainfall were critical and could otherwise reduce efficacy.

“Some growers have been coming back with this use pattern in conjunction with Velocity® or Jaguar® for broadleaf weed control,’’ Matt said.

However, the trials showed this application was less reliable.

Ryegrass panicle counts were conducted at all trial sites. Sakura applied alone, and also in mixture with trifluralin, outperformed the other applications.

At Koorda in WA, where there was some suspected resistance to trifluralin, Sakura plus trifluralin achieved 89% control, while Sakura applied alone recorded 88% control of annual ryegrass.

“There were a couple of sites where trifluralin performed poorly because of suspected resistance, while other sites with later germinating annual ryegrass put the residual control of the herbicides to the test, with prosulfocarb running out of puff,’’ Matt said.

“The residual strength with Sakura was a highlight at Calingiri because there was a late germination of ryegrass in a crop that was deficient in potassium and was therefore not overly competitive. We took a lot of people through the site and at four to six weeks after the IBS applications the control provided by prosulfocarb was looking good, but it fell away by the end of the season.

“At Temora in New South Wales, where the site was sown dry and then it didn’t rain for two months, it also showed the residual strength of Sakura compared with prosulfocarb and trifluralin.’’

Matt said the improved weed control translated to higher yields and return on investment, with the Sakura plus trifluralin and Sakura alone applications recording yields (average across all trials) up to 51.5% higher than untreated plots. This also amounted to about 13% higher average yield than the trifluralin followed by post-ermergent Boxer Gold treatment.

The Sakura treatment across the trials was 15-20% higher yielding than most of the other remaining treatments and this increased to a whopping 45% compared to trifluralin-treated plots.

At the high annual ryegrass population site near Nyabing, Sakura plus trifluralin achieved a yield two-and-a-half times that of the untreated.

However, Matt said Sakura plus trifluralin applications were considered an “insurance’’ option in case there was not enough upfront moisture to allow uptake of Sakura herbicide.

Matt said growers want to see consistency with return on investment and the Sakura treatments showed they were reliable across the sites.