Canola growers urged to monitor for blackleg in upper canopy 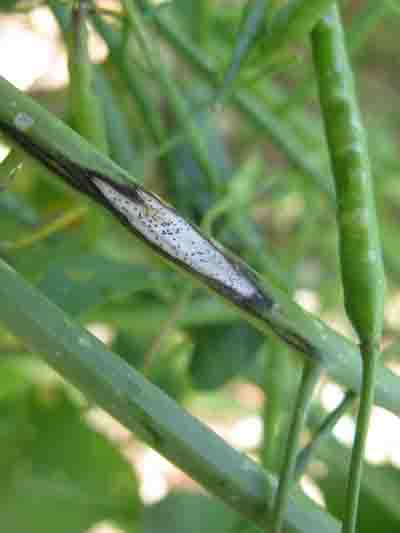 Upper canopy infection (UCI) occurs in the flowers, peduncles, pods, upper main stem and branches and has become increasingly prevalent over the past 10 years, possibly due to crops flowering earlier because of the earlier sowing of suitable cultivars and more rapid phenological development during warmer autumns and winters.

UCI can cause yield losses of 20-40 per cent and management primarily centres on selecting cultivars with effective major gene resistance and using crop management strategies to delay the commencement of flowering to later in the growing season.

Since 2016, the Grains Research and Development Corporation (GRDC) has invested in research to better understand the factors contributing to UCI and potential control strategies.

It’s believed the UCI risk is greater in crops that are likely to flower in mid to late winter when conditions can be cold and wet, favouring blackleg infection.

“Additionally, through targeted GRDC investment, we are beginning to realise that it isn’t just the growth stage of the plant that’s important when the infection occurs, it’s also the timing of the year,” Dr Marcroft said.

“If the infection occurs later in the year, there’s simply not enough time for the disease to permeate the plant and cause damage to the vascular system which limits moisture uptake to developing pods.

“Preliminary work undertaken by Susie Sprague at CSIRO suggests the disease needs a minimum number of days from infection to harvest to enter the vascular tissue, cause damage and block the plant’s moisture uptake.

“So, you can still get the disease occurring later in the season but it’s relatively superficial to yield loss.”

The precise number of days required between infection and harvest and the resulting effect on yield under different growing conditions is being investigated in ongoing research.

According to Dr Marcroft, the change in farming systems over the past 10 years has meant crops are flowering much earlier - in the past, crops were vegetative in the mid to late winter period whereas now they tend to be reproductive.

“When they were vegetative we were seeing leaf lesions which led to crown cankers but once crops are in the reproductive growth stage, it’s more common to see direct infection on the flowers, stems and branches,” he said.

“The 30 per cent bloom spray may control flower, peduncle, stem and branch infections but it is unlikely to provide pod protection.

“High levels of pod infection tend to occur in seasons with frequent late rainfall events, such as 2016, or where there is physical damage to the pods from hail, such as 2018.

“In 2019, fungicide applications gave excellent control of UCI but did not control pod lesions.”

Growers are encouraged to plan ahead for their fungicide requirements with continued wet weather in southern grain growing regions likely to put pressure on supplies. Growers should also keep in mind that alternative registered fungicide products such as Procymidone and Iprodione, may need to be considered.

While the recent research work has demonstrated the effectiveness of fungicides to largely control UCI in flowers, peduncles, stems and branches, it did not always deliver yield returns.

Dr Marcroft said in some situations, the economic response was large, with 20-30 per cent yield increases but in other cases, the return was negligible.

To determine the probability of economic response to fungicides, he encouraged growers to look for new leaf lesions occurring up the canopy and also at the commencement date of flowering.

“If lesions are present and flowering commences prior to mid-August then the probability of yield loss from UCI is greatly increased,” he said.

“In future we hope to be able to provide more reliable regionally specific flowering risk dates. For instance, if harvest occurs in October, the risk will be less than if harvest occurs in December, as the December harvest provides more time for the pathogen to invade the pant and damage the vascular tissue prior to harvest.”

Videos produced by the GRDC and Dr Marcroft are available to help growers identify and manage UCI including:

The BlacklegCM management app can also assist growers and advisers determine the best and most profitable management strategy to reduce blackleg disease and increase profits. To access the app go to https://bit.ly/2P6ywca. 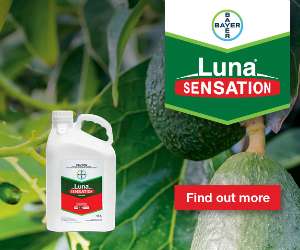