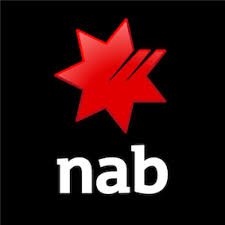 The second Agribusiness Banker Survey, released today by the National Australia Bank (NAB), reveals that national agribusiness confidence rose by 20 index points in Q1 2019, on the back of improved seasonal conditions in Queensland and continued positivity in Western Australia following a bumper summer harvest.

“Seasonal conditions remain a key driver of the survey results, with the impact of prolonged drought in NSW clearly impacting conditions there.”

On an industry basis, conditions were strongest in wool, fisheries and horticulture, and weakest in dairy with high input costs continuing to pose challenges for producers.

“The strong run of wool prices and strength in the sheep meat market have helped producers in those sectors. Dairy remains one of the weakest performers, but we are optimistic that improved export milk prices may boost confidence and conditions in the dairy sector this year,” Mr Findlay said.

The survey reveals one in five NAB agribusiness bankers saw weather conditions as having the largest bearing on customer confidence, while other key issues included government policy and regulation, margin pressure and interest rates.

“Rainfall certainly had the biggest impact on conditions and confidence, with Queensland’s confidence indicator surging from -6 in Q4 2018 to +92 after decent rainfall in Q1 2019,” Mr Findlay said.

“Nationally, we expect the outlook for capital expenditure to turn positive over the next three to 12-month period.”

Agricultural land prices are tipped to increase over the coming 12 months, with a 0-5 per cent increase expected by most agribusiness bankers – a prediction that outpaces house price expectations over the same period.