Growers advised to bait at planting as mouse numbers rise 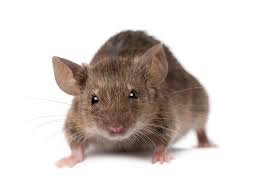 Mr Henry said protracted dry periods followed by significant rainfall – as has been experienced by many growers – was often the catalyst for a rapid increase in mouse populations in northern farming systems.

“In southern Queensland, we are receiving on-ground reports indicating mouse activity around Brookstead on the Darling Downs, as well as east of Dalby and in parts of the Goondiwindi, Moonie, Miles and Condamine regions, he said.

“Likewise in northern and central NSW, where we are getting reports of mouse numbers where there are quite reasonable winter crops.

“All it takes for seasons to favour mice is ample food and shelter, and given we have that this year I would anticipate that we will see numbers continue to increase.”

In winter crops, Mr Henry’s advice to growers is to be vigilant in assessing mouse numbers and bait where there is evidence of activity or signs of crop damage.

“If growers are baiting in winter crops, it is imperative they keep in mind there is a 14-day withholding period for baiting with zinc phosphide prior to harvest,” Mr Henry said.

For those who are planning or have planted summer crops, he advises being on the lookout for activity in paddocks and baiting if mice are present.

“We know that mouse damage often happens in the first 24 to 48 hours of planting so it is best to bait mice at or as soon as possible after the crop is sown,” Mr Henry said.

Grower should monitor mice after baiting to ensure that they have achieved a reduction in mouse activity. Ongoing monitoring of crops through spring and summer is important to ensure that mouse numbers don’t get out of control.

Given mouse numbers are expected to continue to increase through spring, Mr Henry encourages growers to talk with their retailer about sourcing zinc phosphide early to ensure they have what they need for effective management.

“I also urge growers to report and map mouse activity – presence and absence – using MouseAlert so other growers can see what activity is being observed in their neighbourhood and via Twitter using @MouseAlert,” Mr Henry said.

Research includes work to assess how uptake of zinc phosphide bait could be improved using potential new bait substrates that might be more attractive to mice. This work is outlined by Mr Henry in a GRDC podcast and video.