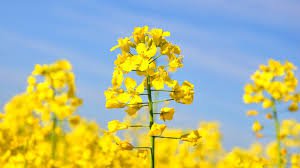 “Plant breeders may then incorporate this germplasm into new commercial varieties, and help the industry maintain productivity as mean temperatures rise,” said lead researcher, Sheng Chen at The University of Western Australia’s (UWA) Institute of Agriculture.

Dr Chen said heat stress had been identified as an issue of increasing concern globally, with average temperatures projected to rise in coming decades.

“Canola is particularly sensitive to high temperature stress. Previous research undertaken at UWA has identified that temperatures of more than 30°C during flowering reduce seed yield,” he said.

“In current canola varieties grown in Australia, losses could be as much as 300 kilograms per hectare for every 1°C increase in mean daily temperature at flowering.”

Dr Chen said drought and high temperatures often occurred in combination, putting a dual stress on plants, which made it difficult to separate the combined influences in the field.

“However, the genes that influence a plant’s ability to withstand water stress are different to those that make them heat tolerant,” he said.

“This project looks specifically at the genetics of heat tolerance in canola, which is Australia’s third most economically important grain crop.

“It aims to separate the heat tolerance genes initially through the use of controlled-temperature experiments, which will screen 200 canola lines a year at UWA in a search for heat tolerant germplasm.”

Selected germplasm from preliminary screening in controlled-environment rooms (CERs) at UWA will be validated for heat tolerance in the field by the NSW Department of Primary Industries (NSW DPI), using portable heat chambers and in irrigated field trials in eastern states and in WA.

The project started in 2019 and the first year was spent developing research protocols and criteria to assess heat stress and building the facilities needed to conduct trials. These include two new CERs adjacent to screen-houses at UWA’s Shenton Park Field Station, and eight portable heat chambers at the NSW DPI Wagga Wagga Agricultural Institute.

NSW DPI is a project partner, where the work is led by Rajneet Uppal, along with GRDC, UWA, the Western Australian Department of Primary Industries and Regional Development (DPIRD), and the western node of the Statistics for the Australian Grains Industry group (SAGI West) based at Curtin University, WA.

This project is drawing on GRDC’s long-standing international canola collaboration with India and China to source germplasm.