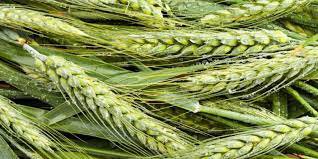 Over the term of the investment, the project team is focussing on supporting growers and advisers by identifying high yielding potential cultivars which are best suited to individual environments, and then recognising the most appropriate agronomic management strategies to assist with future decision making.

“We wanted to increase the yield potential benchmarks of barley in the high rainfall zones, we therefore compared new winter and spring germplasm grown under HYC management packages against spring and winter controls in the traditional late April/early May sowing window,” says Dr Porker.

“At the core of increasing yield potential was early sowing, slower developing varieties and have included a new range of two and six row winter barleys, never before tested in the HRZ regions of Australia.”

Maximum yields achieved in the early sown spring cultivars were 8 t/ha in the current high rainfall control cultivars Planet and Rosalind among some other experimental spring lines. Mechanical defoliation (mower) to delay development did not increase yield on these cultivars.

The trial, identified by FAR Australia as the ‘elite screen time of sowing (TOS) 1 barley trial’ was sown on 21st April at its SA Crop Technology Centre in Millicent, SA, following faba beans. The site is kindly hosted by local grower Brett Gilberston and sits on a neutral-slightly alkaline Organosol (Peat soil) with high organic matter.

Mr Porker said these results are an exciting development in earlier sowing barley systems and it’s encouraging to see that introductions from international collaborators may be better suited to the longer cooler environments when managed correctly.

These results also suggest different management is required, and current and experimental spring cultivars may be less suited to earlier sowing. Other research results from the centre will be released over the next month and will focus on the management to surpass 10 t/ha from earlier sowing as its different to spring barley, particularly the fact it requires less fungicide inputs, but likely to require more active management to keep the crop standard and support higher yield potentials.

“We are currently developing the research protocols for the 2022 season and look forward to using these findings to produce yields in excess of these numbers in the coming years of the project.”

For further details on the results of this trial, including final yields, inputs and grain quality, a copy of FAR Australia’s ‘Harvest Yield Results’ can be downloaded at:
https://faraustralia.com.au/wp-content/uploads/2022/01/220111-SA-HYC-Express-Results-Barley-Elite-Screen-TOS-1_Final.pdf