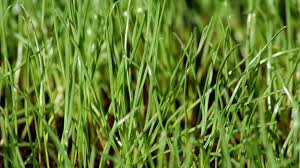 Researchers at the University of Adelaide, led by Dr Chris Preston and with GRDC investment, conducted an extensive study to identify the agronomic factors that promote strong early crop growth.

They found that simple strategies of growing hybrid canola and sowing wheat early, can couple with pre-emergent herbicides to achieve a very effective double-knock. The result is more yield, less weed seed produced and less selection pressure on the herbicides.

This level of non-herbicide weed control was also measured in an Australian-first study that looked at the competitive ability of 16 canola genotypes against annual ryegrass and volunteer wheat over two contrasting seasons, led by Professor Deirdre Lemerle at Charles Sturt University.

In a separate trial conducted by Rohan Brill, former research and development agronomist, NSW DPI based in Wagga Wagga, and colleagues at Trangie and Tamworth, a rule of thumb was established that seed size had a greater effect on early biomass production in canola than did cultivar type (hybrid vs OP). This gave rise to the recommendation that all farmer-retained OP canola seed be cleaned and graded to collect planting seed that is 2 mm in diameter or larger.

Their study showed that sowing large canola seed, regardless of the cultivar, is key to strong early crop growth and the crop’s ability to compete with weeds.

Having observed that later planted wheat often hosts more weeds, the Adelaide University team looked at the effect of planting wheat as early as possible.

“Our previous idea for managing weedy paddocks was to delay sowing, apply another knockdown treatment to control more weeds and then put the crop in,” says Chris. “In this trial we found that even in weedy paddocks you can put the wheat in early with a robust pre-emergent herbicide package, and the result is more wheat yield and less ryegrass seed at the end of the season.”

“If you sow the right variety early and apply the right pre-emergent herbicide package, again you can halve your grass weed numbers, just from competition in the middle part of the season and you don’t have to change anything else.”

There are a few practicalities to consider when looking to sow wheat earlier. Firstly, you need to choose a variety that will still flower in the right flowering window for your location. If you are sowing several weeks earlier than normal you need a longer season variety to manage frost and heat risk at the end of the season.

For more information about non-herbicide tools to combat weeds, visit the website: www.weedsmart.org.au