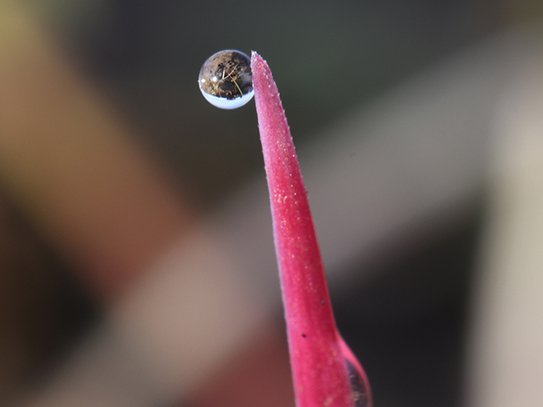 Mr Rademacher, from Grower Supplies at Warooka, said the region predominantly grew wheat and lentils, with some canola, barley and beans.

He says the heavy reliance on two major crops has caused challenges with different weeds.

“Ryegrass is still probably our number one enemy,” Mr Rademacher said. “We've got a lot of ryegrass resistance to the selective herbicides like clethodim in the legumes crops, and even some of the newer pre-emergents we’ve got in our cereal systems.

“With a heavy lentil rotation, bifora has been quite a big problem. We haven't had too many herbicides that control it adequately.”

He said Overwatch Herbicide had been in their trial program for three years before commercial release and allowed them to understand how it interacted with their soil types and conditions.

“About four years ago in the very first paddock we had it in, there was actually bifora in that paddock. Another agronomist said this looks like it's controlling bifora and I probably didn't believe it at the time, but it absolutely does. We got very excited when we saw that bifora control for the first time."

Last season was the first commercial year of Overwatch Herbicide, and the product was used by farmers in the region.

“We weren't too bad in terms of our ryegrass control purely because we did use quite a bit of Overwatch Herbicide in our wheat crops,” Mr Rademacher said.

“It did what it was meant to do. With a dry start, some of the other pre-emergents on the market did not perform as well. In our local trials, Overwatch was the best ryegrass performer.

“For weed control, 12 weeks’ control is probably about on the mark for ryegrass, but for something like bifora, we seem to be getting a lot more out of it.”

He said the different mode of action of Overwatch Herbicide was also very important.

“That unique chemistry is absolutely needed, just so we can keep rotating these herbicides and keep controlling ryegrass without having any resistance come into our system.

“Wherever people have been using a lot of Boxer Gold or Sakura in the system, Overwatch Herbicide was perfect. We could get a different mode of action in that paddock.

“For anyone that had a bad bifora population in their lentils previously, we could treat those paddocks with Overwatch Herbicide in the cereal or canola phase, tick the ryegrass box and also tick the bifora one. That's a huge tool we can put in our toolbox."

The mode of action for Overwatch Herbicide is also unusual with weeds, such as ryegrass, turning a pink colour before withering up and dying.

He said it had been important to see Overwatch Herbicide in their own trials in the years leading up to commercial release.

“We just can't go out and recommend these new herbicides straight away. We're lucky enough to get hold of some of these products three to four years before they get released, just so we can do our own homework and understand how they're going to act on our own soils.

“We have plenty of sandy soils and quite a varied pH. There are acidic pockets, and quite high pH alkaline soils, rising to around pH 8. This makes it difficult for herbicide interactions."

Mr Rademacher said they had seen crop bleaching effects from Overwatch Herbicide in the early trials and were keen to see how it performed on lighter soil types.

“We put it in one of our worst soil types and we saw the bleaching effect, but it definitely was not the biggest crop effect from a product in the trials that season.”

Mr Rademacher said it was important to show growers what to expect with any new product and Overwatch Herbicide was no different.

“We did a fairly hefty grower education program with this product, because when we saw the bleaching effect for the first time, we thought we needed to get this message across.