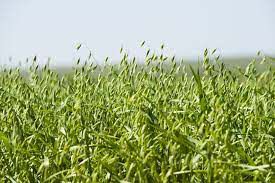 The research, conducted by Department of Primary Industries and Regional Development Western Australia research scientist Georgie Troup, is investigating agronomy practices and international varieties that may have a fit for early sowing in WA.

WA agronomy research trials conducted in 2019, and continuing in 2020, have been investigating the best rate and timing for N application for April-sown oats, to increase the likelihood of growers meeting tightened milling oat quality specifications.

“There was an interaction between sowing date and applied nitrogen rate at Bindi Bindi and Highbury, but not at the Nunile site (near Toodyay),” Ms Troup said.

“Increasing the amount of applied nitrogen resulted in increased grain yield on early-sown oat crops of 0.4-0.5 tonnes per hectare.

“However, in 2019, increasing applied nitrogen had no positive influence on grain yield when sowing was delayed, with the crop unable to take up the increased nitrogen in a shorter, drier-than-average growing season.

“Missing an early sowing opportunity in 2019 resulted in a 36 per cent reduction in grain yield, as the season break didn’t occur until mid-May at Highbury, and early June at Nunile and Bindi Bindi.”

Ms Troup said the effects of timing of N application were different at every trial site due to the varied growing conditions at the three locations.

“The varied results were no surprise, due to the three diverse environments and growing conditions,” she said.

“The results need to be validated, so by repeating the trial this year we are hoping to see some consistent results.

“This type of research requires multiple growing seasons, and having one of those as a dry season makes it critical to continue this research.”

More broadly, Ms Troup says the evaluation of international oat varieties at Northam and Katanning has identified opportunities for more diverse maturity types to be grown in WA.

“The inclusion of longer spring and winter types in trials has been an eye opener for me and will provide valuable information to breeders who will also be looking to early sowing opportunities to maximise oat yield and quality,” she said.

Ms Troup said the project team would monitor the trials closely this year, along with testing beta glucan levels in the oats to determine the effect of genotype, the environment and changes in agronomy.

“Beta glucan is an important factor in export markets due to its dietary health benefits,” she said.

“This research project is the first of its kind in Australia where beta glucan is being closely monitored to determine how it can be increased, making our oat crop more valuable and globally competitive.”

In 2019, WA growers were able to see and experience first-hand the results of the oat agronomy research, participating in several field walks during the growing season.

“This trial work is helping to support oat growing in the western region. It is providing growers with information and giving them an opportunity to see best-practice agronomy in their region.” Ms Troup said.