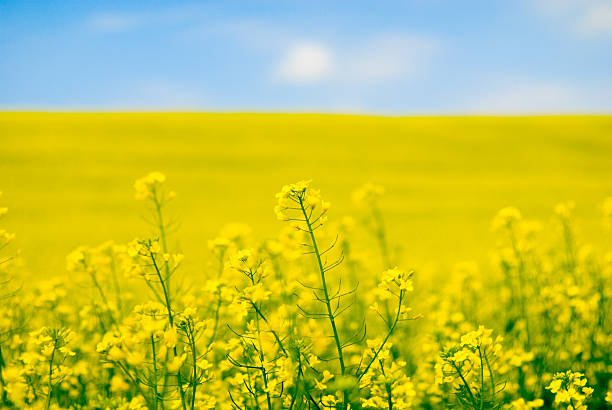 “Canola is currently worth a lot of money and southern crops have good yield potential, so at this point in the season growers want to make informed decisions about the economic value of applying foliar fungicides treatments,” he said.

“Blackleg can cause severe yield loss but can be successfully managed.”

“When we look at stubble from last year it is loaded with these black fruiting bodies and with each rainfall event they throw out spores,” he said.

“If it rains every day, we get new infections every day, which is why we are seeing so much blackleg at the moment. From when spores land on the plant it takes about 14 days to see disease symptoms.”

Dr Marcroft said when spores landed on canola from one-to-three leaf stage the infection then moves from the lesion down through the plant’s vascular tissue down to the crown, causing crown canker, which results in plants prematurely falling over or dying.

“Blackleg spores are released through the growing season and can also cause UCI. We don’t have any fungicides for pod infection, but fortunately we do have very good treatments available for crown canker and UCI,” he said.

The canola disease specialist said crown canker was likely to be more prevalent this season due to a dry start to the 2021 season, resulting in a late May/early June germination, followed by wet conditions through winter.

“Blackleg spore release is from June to September. This year late germination coincided with spore release, which is why we are seeing a high level of crown canker.

“Crops have actually been very clean through the vulnerable seedling stage thanks to improved blackleg ratings and effective fungicide seed treatments, but now the latter has worn off we are seeing significant levels of leaf lesions across Victoria and other regions.”

Dr Marcroft said growers needed to be out scouting to assess leaf lesion in crops from the four-to-six leaf stage and out to eight leaf stage and be aware of the blackleg rating of cultivars to begin to make informed decisions about the economic value of fungicide treatments.

“Growers need to scouting crops to assess the level of leaf lesions, look at the blackleg rating of their cultivars and then use the BlacklegCM app to help inform their decision making about foliar fungicide treatment in a yield limiting situation,” he said.

“A cultivar with lesions but with a blackleg rating of resistant (R) or resistant to moderately resistant (R-MR) or above has a very low risk of developing crown canker.

“However moderately resistant (MR) or moderately susceptible (MS) cultivars with lesions have a higher risk of developing the disease, so in turn there is a higher probability of getting an economic return on a fungicide treatment.”

He also advised growers to consider crop growth stage, with lesions from the fifth leaf stage to just before the first flower likely to be cosmetic and not cause significant yield loss.

Growers and agronomists across southern Australia have also reported UCI of blackleg in early flowering crops. Many growers have been and will be applying fungicides (those used for Sclerotinia stem rot control) at around 30 per cent bloom to reduce UCI severity and yield losses.

Field experiments have shown that blackleg UCI – a collective term that describes infection of flowers, peduncles, pods, upper main stem and branches – can cause yield losses of up to 30 per cent.

Flower loss from infection of flowers or peduncles is unlikely to directly reduce yield as the plant is able to compensate by producing more flowers.

However, Dr Marcroft said the fungus could grow into the associated branch which could then affect seed set and grain fill surrounding pods. Infection of pods or peduncles after pod formation can result in significant yield loss.

“The issue for growers is that external symptoms may appear insignificant, but internal vascular damage may cause significant yield losses,” he said.

“Preliminary results indicate this may be why fungicide applications on crops with few symptoms can still result in economic yield returns.”

The impact of UCI on yield depends on a number of variables:

1. Timing of crop flowering, early flowering crops are at higher risk. Generally, the risk in southern Australia will reduce if crops commence flowering after mid-August.
2. The time between infection and harvest is important, the longer the period the more time the fungus has to invade the vascular tissue and cause damage. Therefore, a wetter extended spring may increase the probability of yield loss.
3. Genetic resistance, effective major gene resistance (resistance group) is effective on all canola plant parts i.e., leaves, crown and UCI. Therefore, if your crop has leaf lesions and/or flower infection it means that it is likely to be susceptible to UCI, even though it may still have good resistance to crown canker.
4. If fungicide application is warranted, the 30 per cent bloom stage is recommended. It enables good penetration onto the main raceme and will provide long enough protection to get the crop through the vulnerable time window. Later infections can still occur but are unlikely to have enough time to penetrate into the vascular tissue.
In short, growers weighing up whether to use a fungicide for blackleg should consider:

Growers can determine likely economic yield returns from fungicide application for crown canker or UCI by using the BlacklegCM management app, which is an extension of the GRDC’s Blackleg Management Guide, which is updated twice a year to reflect frequent changes in the blackleg resistance status of canola varieties.