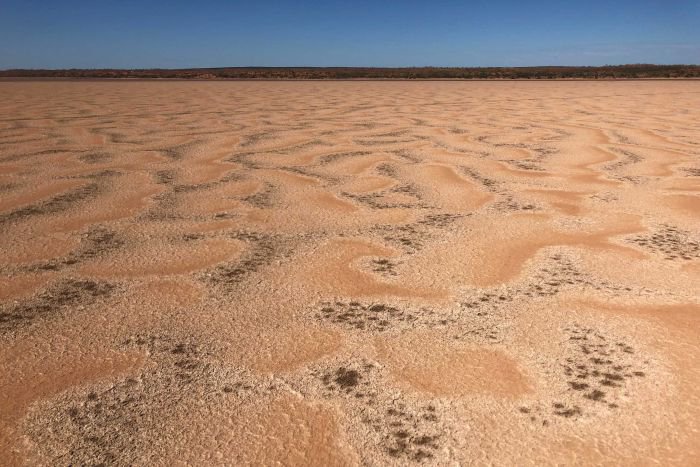 The $216 million enterprise, 160 kilometres south east of Newman in Western Australia's Pilbara, is expected to produce 90,000 tonnes per year with an initial mine life of 30 years.

Despite Australian farmers consuming an estimated 250,000 tonnes of potash each year, there are currently no local producers.

"[Currently SOP] is coming from Russia, Canada, and Germany … so that means they won't have to pay the freight to come all the way from the other half of the world," Kalium Lakes Managing Director Brett Hazelden said.

"Farmers themselves are paying about $1,000 a tonne at the farm gate at the moment, so with any luck we'll be at least a few dollars less than that."

More than 170 construction jobs, and 70 on-going production roles are expected to be created.

Trial results positive
For many Australian growers, potash fertiliser is considered a vital input due to soil quality and farming practices.

Crop farmer Sam Defrenne from Grass Patch, 80km north of Esperance, has been trialling a SOP product to increase potassium in his sandy soils.

"With 100 per cent cropping now we are mining [the soil] a bit," Mr Defrenne said.

"So we're trying to find out how to get a better yield."

He said trials had found as much as a 30 per cent improvement in yields from using SOP compared to an imported muriate of potash (MOP) product.

"At the end of the day we're trying to grow crops and keep them all there, so we're looking for yield and to get the best product to do the best job," Mr Defrenne said.

There are at least four other Australian companies in the race to become the first commercial SOP producer in the country.

But with its final investment approval this week, Kalium Lakes is increasingly confident of becoming the first.

"It gives us a good head start," Mr Hazelden said.