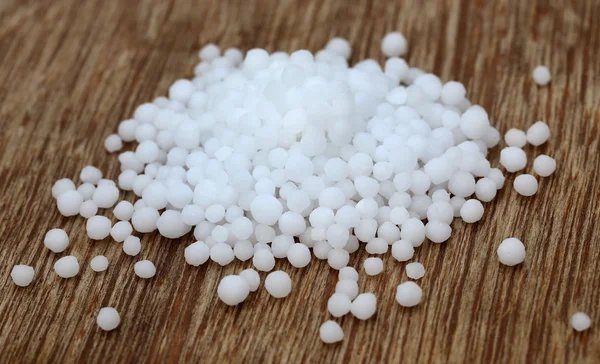 “Australian grain growers will need to keep doing the sums to make sure they are pricing according to an outlook that is for input higher prices, but for grain pricing to potentially soften, even though we expect that to still be to levels well above average,” Dr Kalisch Gordon said.

“Our analysis shows that the ‘returns to key production inputs’ (ratios) remain positive but have fallen, even though output prices have also increased. Returns to urea application in wheat production for example have fallen from nearly 10:1 in 2019 to 2.5:1 at current prices.”

Greater per hectare costs of production also increases business risk for the season ahead, Dr Kalisch Gordon said. “This is top of mind for most farmers and they are approaching input management from a range of angles,” she said.

Dr Kalisch Gordon said growers, “first and foremost”, are thinking about efficiencies within their cropping businesses and how they use their nitrogen fertiliser to ensure they receive “the best bang for the buck”.

“Farmers are also considering their crop choices and about planting less fertiliser- ‘hungry’ crops and are also thinking about which nutrients they can stand to reduce in their program,” she said.

In doing so – and doing the sums to make sure strategies stack up – Dr Kalisch Gordon said, it was critical for farmers to ensure that pricing assumptions for both inputs and outputs reflect “how markets will move over the year ahead and the potential to be otherwise caught buying and selling on different markets in terms of timing”.

Even before the invasion of Ukraine, she said, Australian grain growers were aware the outlook was for firm pricing of inputs and well-above-average pricing over the course of the coming year.

“Along with concerns about their capacity to secure supply, farmers were already weighing up changes to gross margins and procurement strategies that would limit exposure to cost increases but also ensure timely availability of supplies,” she said.

Speaking on the podcast, Mr Lefroy said it was an unlikely scenario that urea prices would fall considerably for the winter crop applications, and he believed farmers should be budgeting for prices to be at least at current global levels if not even slightly higher through the second quarter of 2022.

“Grain growers need to budget for fertiliser prices that are at least where they are currently sitting, if not slightly higher, to cover themselves,” he said.

“While the impact of the Russia-Ukraine conflict has predominantly led to another rise in input prices, the supply of key agricultural inputs needs to also be at the forefront of grain growers’ minds.

“Russia supplies 14 per cent of global urea exports and 21 per cent of potash exports. Now with them largely out of the picture from a global supply standpoint, global supplies are much tighter than usual.”

Mr Lefroy said it was “really remarkable how resilient Australian fertiliser suppliers have been over the last 12 months”.

“Despite the challenges last year with COVID, port shut-downs, Chinese restrictions on exports, supply chain issues and the high cost of freight, Australia actually imported a record amount of Mono-Ammonium Phosphate (MAP) and urea. This resilience will give growers some comfort in a difficult global situation,” he said.

“These high urea prices and elevated supply risks may impact farmers plans for the initial application for the winter crop and possibly even make top-up applications challenging in this pricing environment.

“It's important to note that procurement times are still long, so it may take up to three months for prices to actually flow through.

“It is a fast-evolving situation and there is no better time for growers to be in contact with their local fertiliser suppliers and consultants to gain an understanding of how local suppliers view the situation.”

Despite the volatility of the fertiliser market, Australian grain growers are generally positive about the season ahead, Mr Lefroy said.

“Even with the higher fertiliser prices, they recognise there will be returns, a lower return, but still a return,” he said.