The impacts of China’s COVID lockdowns on Australian agriculture 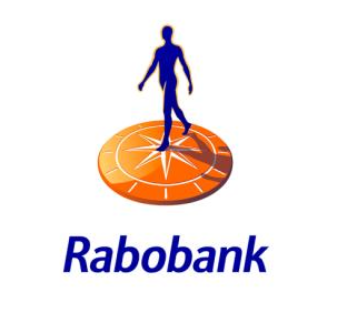 Speaking in a recently-recorded podcast, What's the Impact of China's Lockdown Wave?, RaboResearch general manager for Australia and New Zealand Stefan Vogel said, in particular, there are four specific impacts of the lockdowns that are set to have increasing ramifications for Australian agribusiness – disruptions to freight logistics, Chinese corn plantings, dairy demand and hog pricing.

“The dry container index, which tracks average prices paid for the transport of dry bulk materials across more than 20 international routes, increased five-fold through 2021 as a result of COVID lockdowns in different parts of the world. While the index has since declined and is down 16 per cent since early March and 25 per cent down from the September 2021 highs, it looks likely that the ongoing COVID lockdowns in China will add to continued container logistics issues and keep container freight well above historic levels for 2022 and also likely to remain elevated well into 2023.”

“Chinese corn planting faces delays in two key provinces as some farmers are stuck in major cities and are unable to access their fields due to the COVID lockdowns,” he said

“We understand the lockdowns have created delays in planting this important feed crop in some parts of Jilin and Liaoning provinces, and these two provinces account combined for 20 per cent of China’s corn acreage.

“The delay in planting increases the risk of frost damage later in the season, but at this point it is too early to say what the impact will be on yields. It will depend on the weather through the season.”

Mr Vogel acknowledged though that the delays in planting Chinese corn –and China’s feed grain import needs more generally – were not the biggest driver of current global grain prices.

Rather, world Chicago Board of Trade (CBOT) corn prices had hit a 10-year high in April this year and remain above USD 8/bu, driven primarily by concerns about the early arrival of the dry season in Brazil and below-normal rainfall forecast for the next three months which could reduce Brazilian corn yields.

In addition, cool and wet conditions for corn planting in the US and an expected reduction of well over 50 per cent in Ukrainian corn production (as well as export uncertainty from Ukraine) in 2022 were also putting upward pressure on global grain prices, he said.

The spread of the Omicron variant and China’s “dynamic zero-Covid” policy were also bringing strong headwinds to consumption in the country’s food service sector, Mr Vogel said. And this was playing out in reduced dairy demand.

“Dairy demand in food service is slowing in China while, according to our calculations, dairy products in China produced from imported Oceania whole milk powder (WMP) are more expensive than those from locally-produced dairy for the first time in eight years,” he said.

“After a record-breaking 2021 in milk powder imports by China, the demand uncertainty from COVID restrictions is likely to dampen the ‘dragon’s’ import appetite going forward.”

In addition, China’s COVID restrictions had resulted in a big drop in food service sales of meat products, as well as supply chain disruptions, which had impacted hog production and prices, Mr Vogel said.

RaboResearch’s podcast What’s the impact of China’s Lockdown Wave? can be accessed here.