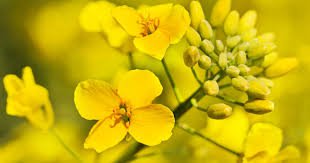 Chief Executive Officer of the national peak industry organisation for the plant science sector, Mr Matthew Cossey, said, “The plant science industry is delighted that science and evidence has finally prevailed on the GM cropping issue in South Australia.

“GM crops have been enabling farmers in other states and around the world to improve yields, reduce carbon emissions, use natural resources and pesticides more sustainably and protect the soil through no-till farming for decades. GM crops are beneficial for farmers and the environment. Now farmers on mainland South Australia will have access to this crucial agricultural technology.

“With challenging weather conditions and a changing climate only going to make farming harder, South Australian growers need access to every available safe and effective technology that can assist them to farm in a more environmentally sustainable way.

“For over 20 years, approved genetically modified crops have been grown in Australia and around the world, resulting in 183 million hectares of land being saved from full tillage cropping. This has led to improved water storage, significant reduction in soil erosion and native forests being saved from becoming agricultural production land. GM crops are responsible for savings in CO¬2 emissions of 27 billion kg – the equivalent of removing 90 per cent of passenger cars registered in Australia from the road for one year.

“South Australian farmers' access to and adoption of GM crops will assist with the challenges of drought and climate change.

“GM crops being trialed and developed – including by teams working at the Waite Campus in Adelaide – could help South Australian farmers combat environmental stresses such as drought, acidic soils, salinity and frost, and provide health benefits to consumers with products such as fortified cereals, healthier starches and oils modified to be lower in saturated fats and with improved cooking qualities.

“Opposition Leader Peter Malinauskas and Shadow Minister for Primary Industries & Regional Development, Eddie Hughes, must also be congratulated. They have modernised the South Australian Labor Party’s position on GM crops and now have a policy position aligned with science. They have also shown their support for modern, sustainable farming and allowing South Australia’s growers the same opportunity as their other state and international competitors.

“I also commend the leadership of Grain Producers SA who have fought this battle for their members with passion and dedication.”

Mr Cossey concluded, “Farmers on mainland South Australia will now have the choice to grow whichever approved crops – including GM crops – that best suit their land and business model. We look forward to seeing South Australia embrace this agricultural technology from next season and to seeing the environment and the farming sector continue to thrive.”