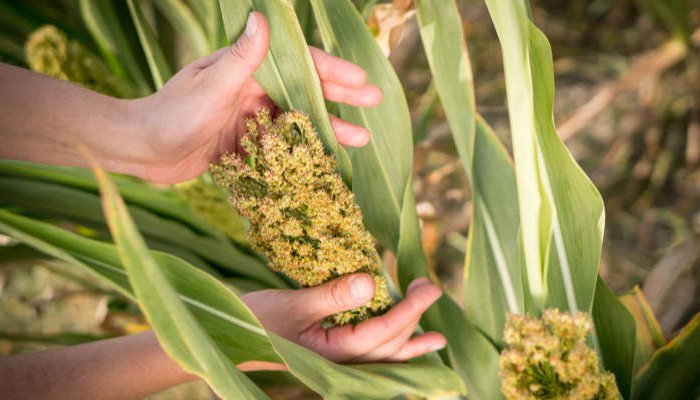 The research team has improved the digestibility of the crop and boosted sorghum protein levels to 15 to 16 per cent, up from the usual nine to 10 per cent.

Professor Ian Godwin explored the research and its potential to reduce costs for feedlot industries and increase demand for Australian sorghum at the TropAg conference in Brisbane in November.

For example, the increased protein is expected to deliver a 50 cent per head reduction in the cost of producing a two-kilogram meat bird.

"The genes of the sorghum plant have been edited to unlock the digestibility level of the available protein," Prof Godwin says.

"Gene editing has enabled us to knock out some of the existing genes, increasing the digestibility of the crop.
"The breakthrough is also expected to generate big interest in the 46 Sub-Saharan African countries, where an estimated 500 million people rely on sorghum as a food source."

Gene editing has enabled us to knock out some of the existing genes, increasing the digestibility of the crop.- QAAFI Centre Director for Crop Sciences Professor Ian Godwin

The International Crops Research Institute for the Semi-Arid Tropics describes sorghum as a highly reliable crop that grows well in hot, dry environments. It is "climate change-ready" and provides food security and income for millions of low-income farmers.

Being developed in partnership with GRDC and a seed company, the new high protein digestible sorghum has been put to the test in field conditions at the University of Queensland's St Lucia Campus in Brisbane - and further evaluation work is planned in the US.