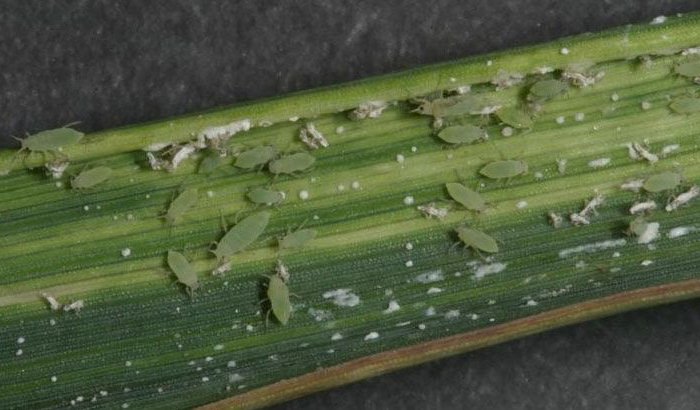 The pest can destroy up to 100 per cent of barley crops and 80 per cent of wheat crops as it not only strips young growth but also injects a poison into the plant.

The aphid was first found in South Australia in 2016, and quickly spread to Victoria, New South Wales, and Tasmania.

WA's Department of Primary Industries and Regional Development chief plant biosecurity officer Sonya Broughton confirmed this morning the aphid was found on two farms at Esperance by an agronomist.

However, Dr Broughton said it was likely the pest — which is known to attack wheat, barley, and oats — will be found on other properties based on the the way it spread in other states.

"We think it's probably more widespread than what we have seen so far," she said.

"It was only a matter of time before it spread [to WA] because it spreads very quickly on the wind and on machinery. It's quite a mobile pest." Dr Broughton said DPIRD will not be quarantining any farms with the aphid, which is possible with some biosecurity incursions, because they do not believe it is possible to eradicate the pest.