New insights into how wheat roots respond to salinity 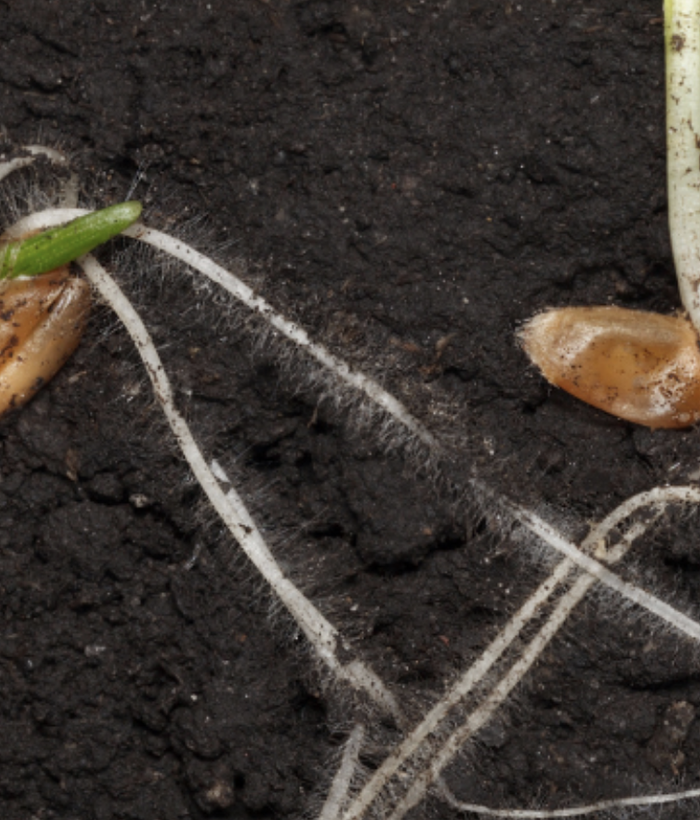 The study, published in the Journal of Proteomics, was led by UWA PhD student Bhagya Dissanayake from The ARC Centre of Excellence in Plant Energy Biology and co-authored by The UWA Institute of Agriculture and School of Molecular Science’s Dr Nicolas Taylor and fellow UWA researchers Dr Christiana Staudinger, Emeritus Professor Rana Munns and Professor Harvey Millar.

Wheat production is impacted by salinity in many parts of the world, accounting for up to 60 per cent yield loss, which in turn leads to food insecurity.

Exposure to salinity limits both the growth and yield of wheat crops by causing osmotic stress in plants during the initial phase of exposure and ion toxicity in the later stages of development.

Roots are the first plant organ to perceive salt, and the stunting (decrease in the length of axile roots) of the wheat root system is understood to be caused by the root tips’ higher sensitivity to salinity.

“Intensive efforts in breeding salt tolerant wheat varieties have resulted in only limited success, because salt tolerance is a highly complex process that involves specific morphological, physiological regulatory and metabolic processes,” she said.

The study compared the profiles of mature root versus root tip proteomes (set of proteins) when exposed to salt stress conditions.

The UWA research team examined the cellular processes that differentiate the root tip and mature root responses to salinity in the early salinity ‘shock phase’ and the later salinity ‘adaptation’ phase under salt stress conditions.

They found evidence that protein synthesis and energy production machinery was limited in root tips, while the same processes in mature root was less affected by salt stress.

“This is an important step for further investigation of molecular traits underpinning root characteristics, which will lead to improving salt tolerance of wheat,” he said.

Source: THE UNIVERSITY OF WESTERN AUSTRALIA