How will the coronavirus affect agriculture in Australia? 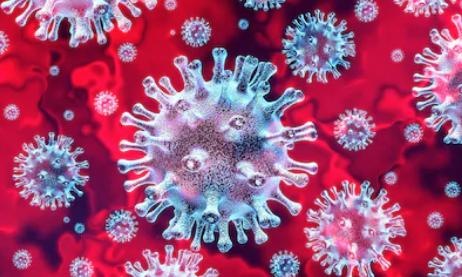 But the extent of the impact on Australia’s agricultural sector will be limited in the short-term and will depend on how quickly the virus is contained, it says.

In a just-released report by the bank’s China-based research team, Recent Coronavirus Impacts on Chinese F&A, Rabobank says “disruptions are being experienced across the entire F&A (food and agri) supply chain” with the virus – which has infected more than 40,000 people to date – disrupting trade, production and supply chains as well as having a significant impact on out-of-home food consumption with the closure of many foodservice outlets.

With the virus outbreak arriving at the peak of 2020 Chinese New Year activities, it has had a large impact on out-of-home dining in the country, the report says.

“Given what we have seen on the ground, along with news received from major chains – for example, the closure of stores by Starbucks, Haidilao, McDonald’s, and Yum China – potential revenue losses for both retail and foodservice for the Chinese New Year week could range from 20 per cent to 80 per cent”. A loss of between USD 31 billion to USD 124 billion across retail and foodservice, it says.

While the report says a quick and effective containment of the virus could lead to a rapid bounce-back, the longer the virus is uncontained beyond March, the more extensive, sustained and structural the impact will be on the F&A chain.

For Australia
Regardless of when coronavirus is contained, Australian-based head of Rabobank Food & Agribusiness Research, Tim Hunt says it will “almost certainly” have a larger impact on food and beverage industries than the global SARS (Severe Acute Respiratory Syndrome) epidemic in 2003 – including in Australia.

Discussing the current and potential impacts of the virus on Australia and New Zealand’s food and agribusiness industries in a podcast, Coronavirus: How worried should we be, Mr Hunt says coronavirus has already spread more widely than SARS but it is Australia’s “much larger exposure to China” that is the biggest difference between current events and SARS.

“If we go back to 2002 just before the SARS crisis, Australia sent eight per cent of its ag exports to China”, Mr Hunt says. And this was largely in the form of fibre to be processed for export.

Fast forward to 2020, he says, and Australia sends around 28 per cent of its food and agricultural exports to China, much of which is consumed within China. “Add to that, the stronger links that have been developed between Australia and China in terms of exports, tourism, education and investment, we have a very different environment in which we might see the potential impacts of coronavirus this time compared to SARS in 2003.”

There are likely to be both first and second-round impacts of coronavirus on the Australian agricultural sector, Mr Hunt says, with the first round already being felt by any food and ag business relying heavily on the food service channel in China, particularly perishable goods.

“For example, rock lobster shipments to China have all but ceased in the last couple of weeks,” he says, “while chilled meat shipments for food service are also a risk category given a lot of hot pot restaurants are closed at the moment.” And while wine isn’t perishable, Mr Hunt says, sales are also likely to be low for those focused on the Chinese food service industry.

While Chinese consumption of meat, dairy and grains is unlikely to fall in the short-term, Mr Hunt says if the virus continued for many months to come, second-round impacts –“likely to hit our F&A industries” – would come into play.

“Hopefully we won’t get to ‘round two’,” he says, “but if we do, incomes may fall in China and we may eventually see less growth in sales of premium food and beverages as that wealth effect starts to kick in.

“And this may start to go beyond just food service sales and logistical disruptions to potentially impacting consumption in general of meat, dairy, grains and seafood.”

That said, Mr Hunt says, in the event coronavirus has second-round effects, the currency exchange rate would act as an “important stabiliser” for Australian agricultural exporters, with the Australian dollar likely to depreciate significantly as the market responded to slowing economic growth and rising risk concerns. And this, he says, would “somewhat offset” any fall in global commodity prices when expressed in local currency terms.

Going forward, Mr Hunt says, it will be important to closely monitor developments, including this week’s return to work in China after the extended New Year holiday and how the Chinese government continues to manage the outbreak including restrictions on the food service sector.

“But the most important development will be when we see a slowdown in the rate of infection,” he says. “SARS took around three and a half months for the infection to start slowing but after that, it didn’t take long for infections to cap a few weeks later.

“While we have no idea how this virus will behave compared to SARS, there won’t be any easing of restrictions until it does.”

Mr Hunt says it will also be critical to monitor the spread of the virus to other countries such as Indonesia, Vietnam and other parts of South-East Asia, because if it spreads “we will start to see the same set of impacts in a second very large set of export markets for Australia”.

By Commodity
Rock lobster – likely to be the most exposed sector, with 95 per cent of sales going to China. While rock lobster sales from WA have ceased for now, fishermen can leave the lobsters in the ocean and catch their quota later if quota windows allow.

Read meat – short-term disruption is likely given logistical disruption and reduced eating out by Chinese consumers. The general shortage of protein in China as a result of African Swine Fever is still expected to result in ongoing strong demand from China once the short-term impacts of coronavirus are overcome.

Grains – limited impacts are foreseen both initially and in the event of a second round phase.

Dairy – at this stage, limited first round impacts as most of what is shipped (i.e. powders and infant milk formulas) have a good shelf life and are consumed at home. That said, cheese consumption could be impacted as it is mainly used in food service (for burgers and pizzas).

Sugar – very little disruption is expected to impact sugar trade flows, processing and consumption. But indirectly, the dip in the oil market – associated with concerns on the impact of the outbreak on global growth – could push Brazilian millers to produce more sugar this season which would lead to a softening in global prices, and ultimately, Australian prices too.

Wine – On-premise consumption of wine in China in 2019 accounted for around one third of total wine sales. Sales into this channel are expected to fall in the short-term while restrictions on group dining remain in place. That said, volumes of wine sold via e-commerce are likely to rise as distributors attempt to push more product into, and invest more money in developing, this sales channel.

Horticulture – Fortunately the cherry industry had air freighted most of its crop to China before the virus hit, something that would have been highly problematic a month later. In the next two to three months the main threat to export fruit and vegetable crops will be logistical, with demand from Chinese consumers for quality imported fresh produce not expected to fall from current levels.