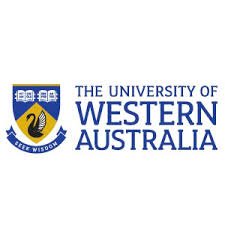 The world-first findings, published in The ISME Journal, show that – when infected by a ‘mycovirus’ (a virus that infects a fungus) – the fungus Sclerotinia was debilitated and therefore no longer a threat to crops.

The mycovirus-debilitated Sclerotinia readily grew as a beneficial ‘endophyte’ (harmless fungus) within plants of diverse cereal crops including wheat, rice, barley and maize.

It reduced Fusarium Head Blight in wheat by up to 60 per cent in multiple field trials in China, and also provided effective protection against rice blast and wheat stripe rust diseases.

Sclerotinia is commonly regarded as a damaging pathogen (disease-causing fungus) of non-cereal crop plants in which it causes multimillion dollar losses worldwide every year.

Study co-researcher, UWA School of Agriculture and Environment and Institute of Agriculture Professor Martin Barbetti, said the discovery was “the silver bullet we have all been looking for”.

“This is because the mycovirus in the debilitated Sclerotinia endophyte meant it was no longer able to cause serious disease in non-cereal crops.”

“Debilitated biocontrol agents like this can be applied as a beneficial seed treatment, while avoiding the risk of in-field release of virulent fungal pathogens,” he said.