Good news for growers: no evidence of resistance in Lucerne flea 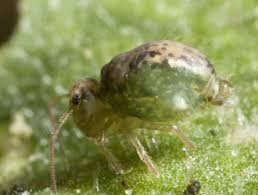 This has prompted experts to encourage growers to help preserve the effectiveness of available insecticides by implementing resistance management strategies this season.

Through a Grains Research and Development Corporation (GRDC) investment, research was undertaken by cesar which tested populations of Lucerne flea collected in the field from cropping locations across Victoria, New South Wales and Western Australia.

This finding was made by screening nine Lucerne flea field populations in the laboratory for resistance to omethoate and imidacloprid – widely used organophosphate and neonicotinoid insecticides in grain crops.

The research, conducted by cesar’s Aston Arthur, involved bioassay experiments to establish the baseline sensitivity of each Lucerne flea population to omethoate and imidacloprid.

“This is good news, particularly at this time of the year as April to July is a critical monitoring period for this pest.”

Lucerne flea over-summering eggs would have begun hatching in March and April. Crops should be inspected frequently, and special attention paid to crops immediately after emergence, as plants are most susceptible to damage during this growth stage.

Assoc Prof Umina says evidence of Lucerne flea feeding damage will manifest as ‘windowing’ on vegetative parts of the plant, or small pieces of missing tissue.

“If spraying for Lucerne flea is necessary, target late stage nymphs and consider spot spraying to reduce numbers, as the pest is often distributed patchily within crops. Do not use synthetic pyrethroids, however, as Lucerne flea has a natural tolerance to this chemical active group,” he says.

“If it is necessary to control Lucerne flea with insecticides, spray at the correct label rate and make sure to rotate insecticide Mode of Action groups. This will help preserve the effectiveness of insecticides for controlling this pest.”

Assoc Prof Umina says the research results, also detailed in a GRDC GroundCover™ Online article at https://bit.ly/2WHt0ky, are good news in terms of the status of insecticide resistance in Australia.

“There have been increasing concerns about pest species evolving resistance to insecticides, particularly common species such as Lucerne flea, which may be subjected to regular insecticide selection pressure even though it may not always be the target pest.

“In fact, a 2019 GRDC report produced by cesar, in collaboration with the South Australian Research and Development Institute (the research division of Primary Industries and Regions SA) and the Birchip Cropping Group, lists Lucerne flea as a pest that has a high risk of evolving insecticide resistance.”

The Insecticide resistance in the southern region: current status, future risk and best management practices report is available at https://grdc.com.au/insecticide-resistance-in-the-southern-region.

A number of agricultural pests in Australia, such as redlegged earth mite, green peach aphid, diamondback moth and cotton bollworm, are already resistant to many chemical actives.

“Instances of insecticide resistance have been growing more common over recent decades, both within Australia and worldwide,” Assoc Prof Umina says.

“Therefore, it is important that growers minimise insecticide resistance selection pressure placed on pests such as the Lucerne flea to preserve the effectiveness of insecticides registered against them.”

If growers suspect a new case of insecticide resistance, they should contact cesar on 03 9349 4723. Insecticide Resistance Management Strategies are available for several pest species and can be found on the GRDC website.

Partners in this research project are CSIRO, the University of Melbourne and the WA Department of Primary Industries and Regional Development.