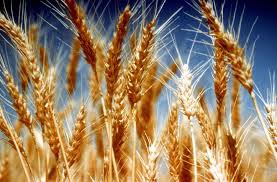 This is up two per cent on last year – where planted area had soared on the back of a return to positive seasonal conditions around the country – and within one per cent of the nation’s record-high winter crop planting in 2016/17.  This acreage also represents an area eight per cent above the five-year average.

The bank says this will see Australia on track to deliver an above-average winter grain crop for this season, with an estimated total wheat harvest of 28.9 million tonnes, barley of 10 million tonnes and canola of 4.1 million tonnes.

Report co-author, Rabobank grains and oilseeds analyst Dennis Voznesenski said with substantial rainfall and good soil moisture profiles across many parts of the country coming into this year’s planting, Australia was overall set up for another very strong winter grain crop.

“And with the Bureau of Meteorology forecasting a 60 to 75 per cent chance of the east coast and South Australia exceeding median rainfall for the next three months, this should set crops up well and have a positive impact on yields in those regions,” he said.

Some states had, however, fared better than others with seasonal conditions coming into planting, the report noted.

“While most regions had excellent opening rainfall, particularly in Western Australian and northern New South Wales, not all have been so fortunate,” Mr Voznesenski said.  “In parts of South Australia and western Victoria, less favourable conditions have meant we will not be able to factor in a year-on-year increase in area planted in those regions, despite prices incentivising many other regions to expand total area.

“So the forecast of further rainfall will be particularly welcome in South Australia and western Victoria, where the soil moisture profile was far less optimal than hoped for coming into planting.

“For Western Australia, conditions have been very favourable for the opening to the planting season due to the rainfall associated with Cyclone Seroja.  So, while WA is only forecast to receive average to below-average rainfall in the next three months, the impact should be softened by the favourable soil moisture at planting.”