First case of resistance in RLEM in Vic 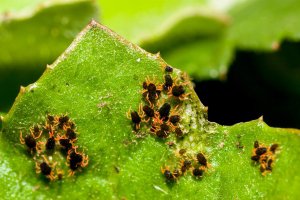 Grain growers and advisers are encouraged to revisit their redlegged earth mite (RLEM; Halotydeus destructor) management strategies following the detection of insecticide resistance in populations of the pest in Victoria for the first time.

And with recent rains and cooler autumn temperatures expected to promote egg hatching of RLEM, experts supported by the Grains Research and Development Corporation (GRDC) are advising close adherence to best-practice management strategies.

Entomologist Paul Umina, of scientific research organisation cesar, says the recent detection of resistance in Victoria is the furthest eastern point in Australia that insecticide resistance has been recorded in this pest.

“While the level of resistance detected in Victoria is considered ‘low-level’, we can’t stress enough the importance of having a resistance management strategy at the forefront of RLEM control in south-eastern Australia,” says Dr Umina.

While RLEM has high levels of resistance to insecticides for more than a decade in Western Australia, cases of insecticide resistance are now being detected beyond WA.

Since 2016, resistance to both synthetic pyrethroids, including bifenthrin and alpha-cypermethrin, and organophosphates, including omethoate and chlorpyrifos, has been detected in RLEM populations in numerous locations within South Australia.

RLEM has a wide appetite, feeding on a range of plants including but not limited to canola, clover, faba beans and lupins.

“If higher levels of insecticide resistance were to evolve to multiple chemistries and across larger areas, RLEM would be far more difficult to control on vulnerable establishing crops than what it is today in south-eastern Australia,” Dr Umina says.

Through a GRDC investment which supports scientific surveys and testing of suspect RLEM populations, cesar research scientist Aston Arthur collected RLEM populations in Victoria’s north in 2019, after an agronomist reported a spray failure with omethoate in 2018. The mites were collected from three paddocks in close proximity.

Back in the laboratory, Dr Arthur tested two organophosphate insecticides, omethoate and malathion, against these RLEM.

To determine if the test populations were expressing resistance, Dr Arthur ran a bioassay to compare their LC50 (the lethal concentration required to kill 50 per cent of the population) values to that of a known insecticide-susceptible population of RLEM.

Dr Umina says the ubiquity of the RLEM across many broadacre crops and pastures means that it is frequently exposed to insecticides and faces a high selection pressure to evolve resistance.

With sowing of winter crops and pastures already underway or starting for others, growers and advisers can source recommended best practice information on RLEM and resistance management in broadacre crops and pastures via two resources.

Dr Umina says this guide is a useful tool to not only help minimise the incidence of RLEM but also to minimise the need for insecticide application.

The second resource is the Resistance management strategy for the redlegged earth mite in Australian grains and pastures.