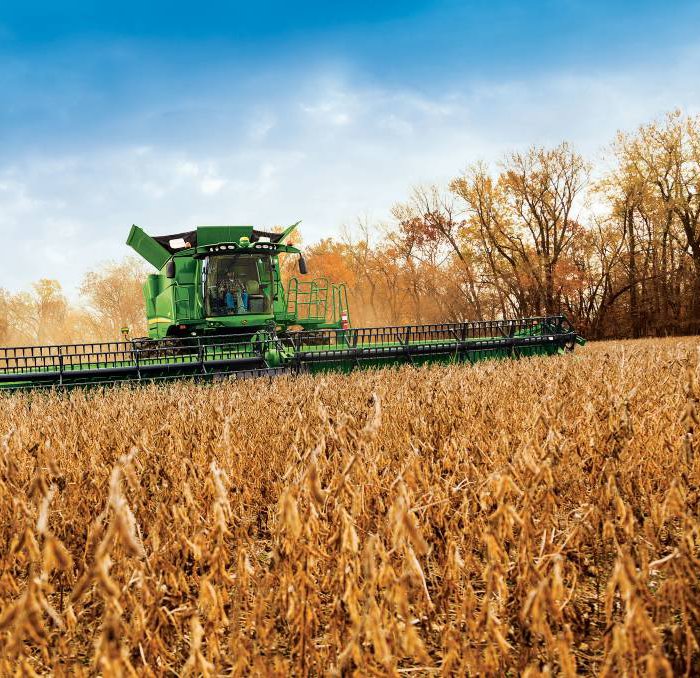 Since its establishment in 2002, it has established itself as one of the most influential and comprehensive providers of Chinese supply and demand information.

This has meant domestic and global market participants have been scrambling for alternative sources of trustworthy data.

According to the company's website, Cofeed specialises in providing market information, value-added services, business internet solutions and e-commerce to production enterprises and traders of grain, oilseeds and stockfeed.

In the past 19 years, it has reportedly built excellent relationships with governments, industry associations and professional information and research organisations at home and abroad.

Cofeed's statistics about soybean imports, crush margins, operating rates at oilseed crushing plants, oilseed and meal inventories and regional pricing are regarded as the most accurate and reliable information available to the market.

According to news wire services, the company moved out of its Beijing office during last year and has been operating from a villa on the capital's outskirts. But it appears local police sealed the doors to those premises on April 29, and staff can not be reached.

Another company in the Chinese agricultural data sphere is JC Intelligence Co Ltd (JCI). It is based in Shanghai and was also established in 2002.

But the company's head is reported to have been recently jailed - allegedly for divulging too much information about China's corn balance sheet.

This data turmoil comes at a time of heightened focus on China, given its insatiable appetite for soybean, corn and wheat imports in recent times.

China is expected to import 100 million tonnes of soybeans in the current marketing year, at a cost of about US$40 billion. This represents almost 60 per cent of global trade in soybeans.

Last week's World Agricultural Supply and Demand Estimates (WASDE) report pegged Chinese corn imports at 26 million tonnes in the current marketing year. Purchases from the US are expected to reach almost 20 million tonnes. But that appears to be on the light side, despite recent cancellations of old crop US sales.

And other feed grains, such as barley and sorghum, are also being sucked-up in the China vacuum - especially with the recently announced search for corn substitutes in the feed grain ration.

Barley imports for the 2020-21 season are forecast at 9.2 million tonnes and sorghum is not far behind at 7.8 million tonnes. According to the US Department of Agriculture (USDA), the import milestones set in 2020-21 appear to be the "new normal".

The perceived crackdown by Beijing about the provision of agricultural data appears to support the concept that the country's demand for grains, oilseeds and protein meals is far higher than it is currently portraying to the global marketplace. The suppression of information also comes against the backdrop of the Phase 1 trade agreement between the United States and China - and growing political tensions that threaten to scuttle that deal.

It has never been easy to determine exactly what is happening in China's agricultural sector. Beijing has long been secretive in regards to the country's grain and oilseed production and import requirements. It has also been accused of fabricating numbers in the past.

In March this year, China's National Bureau of Statistics reported it had uncovered statistical fraud stemming from data supplied by the agriculture ministry back in August 2020. The detection of misrepresentation in the government's agricultural statistics was revealed very quietly.

It reportedly came not long after Beijing had proudly proclaimed victory over rural poverty and celebrated the surprisingly rapid recovery in its pig herd following the devastating African swine fever (ASF) outbreak. Both achievements were apparently declared on the basis of statistical indicators supplied by the Ministry of Agriculture and Rural Affairs.

China's rhetoric and actions in global agricultural markets have often been contradictory. It is a master of working the global trade floor.
Maybe this time, a confluence of circumstances - such as low stocks, COVID-19, AFS, floods, high prices and domestic production issues - have the nation reeling. Muffling the flow of market information suggests China is intent on clouding the true domestic picture and keeping global markets speculating.