Bulk up with Chomper! 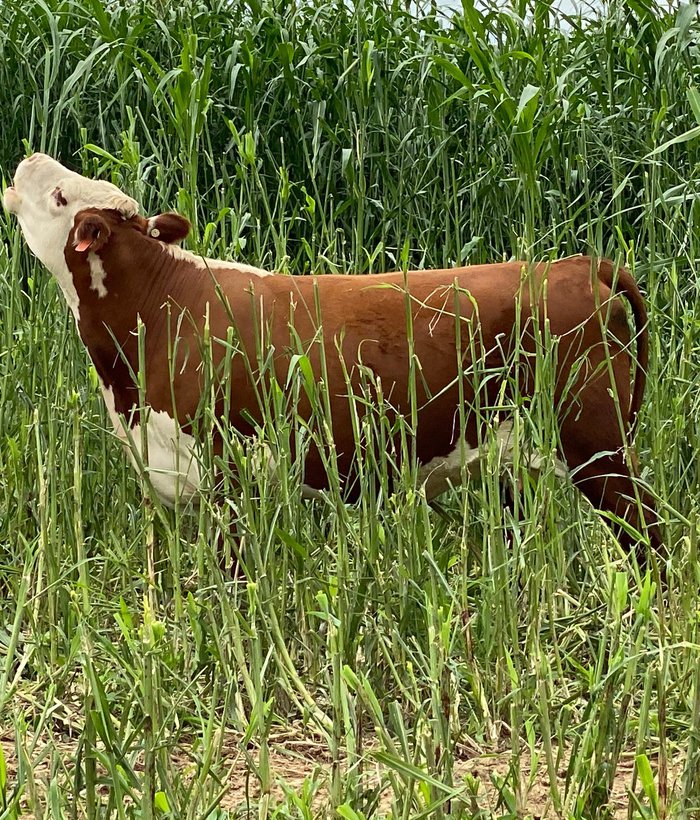 The flexibility that S&W Seed Company’s Chomper forage sorghum provides – being able to be grazed or cut for hay, provides a perfect product for this situation.

Gunnedah farmer Phil Glover showed the value of Chomper in such a dry season with an 8.1-hectare block managed for grazing and a 4-hectare block irrigated with a pivoting lateral, managed to produce two cuts of hay from a December sowing.

The 4 hectares were sown in mid-December at 15 kg/ha of Chomper with 50 kg/ha of a high sulphur starter fertiliser. Nitrogen was split-applied with 100kg of urea used early, with another 100kg of urea applied straight after the first cut before a heavy rainfall.

Irrigation kept the crop growing through December and early January, with some storms helping the crop along, before being cut in late January producing a semi-load of 44 round bales from the first cut.

With good falls in February and the benefit of the top-dressed nitrogen, the Chomper was ready for cutting again about six weeks later. “We looked for a forecast of some fine weather, cut with a mower conditioner, conditioned again, teddered, and let it dry for about four days,” Mr. Glover said.

“We baled that second cut into 60 big square, 8x4x4 bales which averaged about 600 kilograms each. It rained after we got the last bales in the shed.” 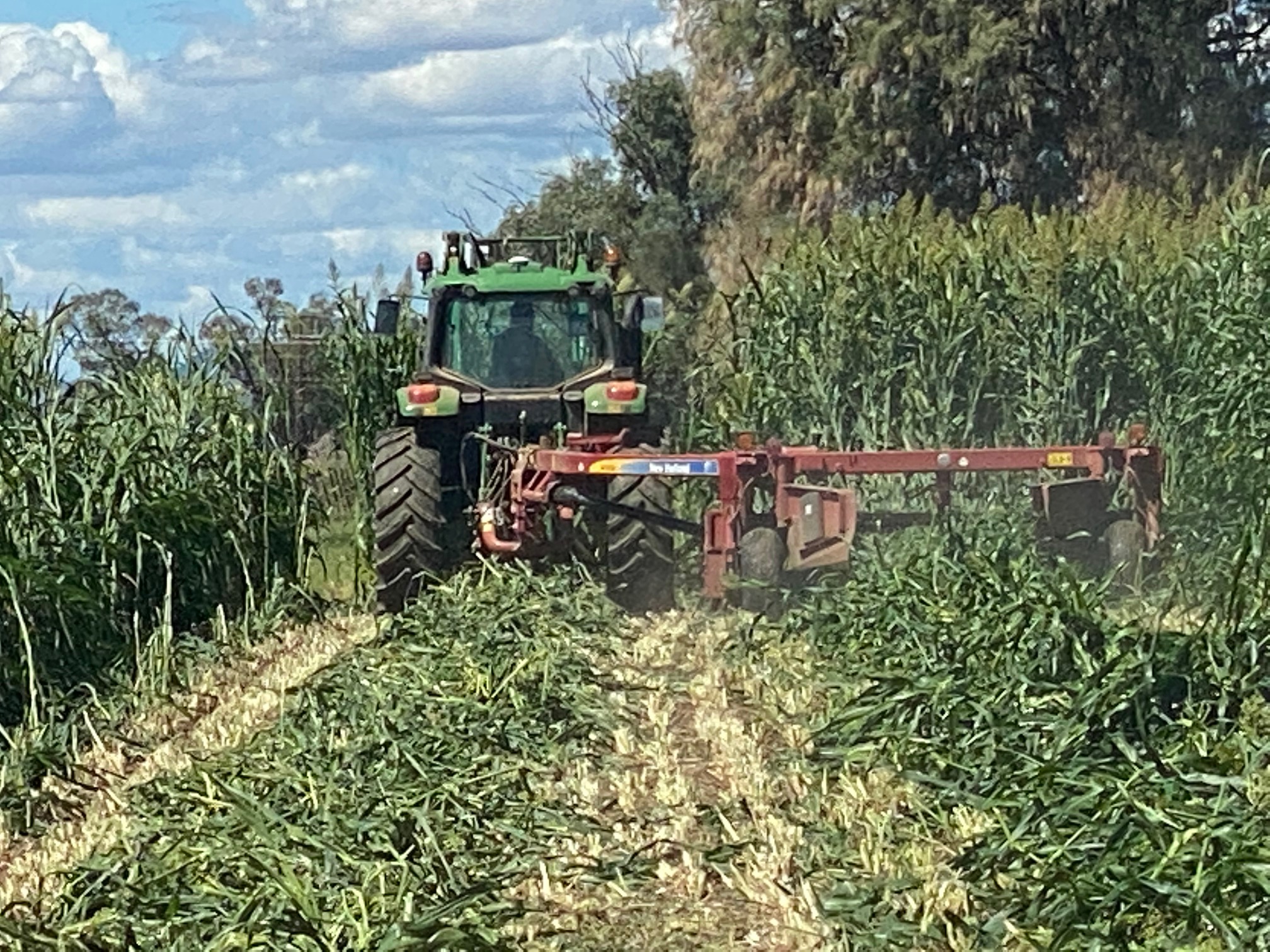 Mr. Glover said he was delighted with the amount of hay that came off the paddock and the speed at which it grew. His second irrigated block of 8.1 hectares was no less impressive. It was sown in the first week of December to graze his cattle. “It was the last week of January when the stock went in – it was nearly three metres tall,” Mr Glover said.

Once introduced to the paddock, the 40 cows and calves stayed on there until July. “The cattle were supplied a sulphur lick, which they consumed most of. Clover that emerged may have added to the late grazing with the stock still eating the Chomper.”

S&W Seed Company Australia technical services territory manager – Hunter & Northwest NSW, Shane Kable said not only had Mr Glover shown Chomper’s versatility – with one block being used for grazing while the other block cut for hay – but Chomper could also be managed during the season after sowing for multiple uses.

“Secondary and post-grazing tillers on Chomper are usually finer than the primary plant stem,” Mr Kable said. “Chomper sown at lighter sowing rates can still be used for hay production late in the season with skilled management where adequate moisture and plant nutrition are available.”

Chomper was one of the first of an expanding S&W Seed Company range of forage sorghum options now becoming available to Australian graziers and hay producers.

National sorghum lead for S&W, Rodney Coe said since being released, S&W’s Chomper forage sorghum has proven its value and versatility through crops grown under both irrigation and dryland conditions through some of the toughest summers in memory.

“Being a sorghum–sudan cross makes it extremely resilient to adverse growing conditions but able to produce large quality amounts of forage quickly once it gets the opportunity with rain or irrigation. It’s high tillering nature means you get multiple cuts or grazings of leafy feed through the season.”

Contact your preferred reseller or S&W territory manager to discuss how Chomper Forage Sorghum can provide your forage needs this spring.