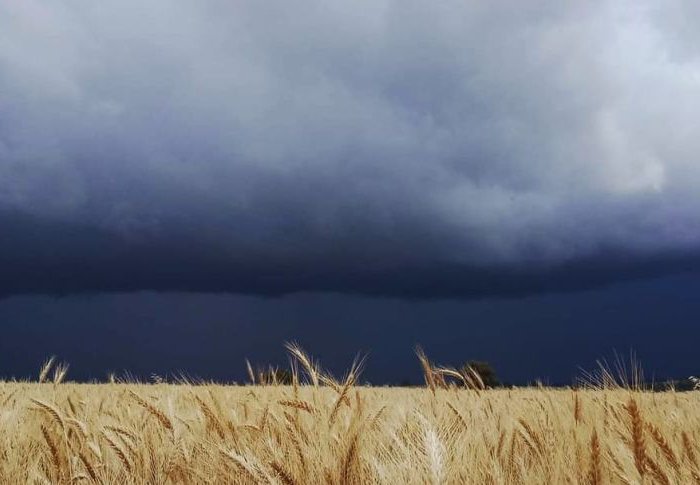 As the months play out, the continued presence of La Niña is expected to encourage far wetter conditions than we have seen over the past few years, with increased risk of floods and an average to above-average risk of tropical cyclones.

But that doesn't mean we can rule out fire. 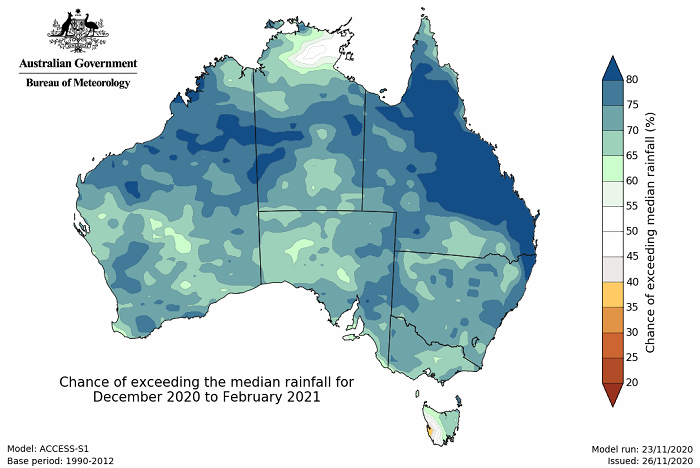 Bushfire outlook
The updated summer bushfire outlook from Bushfire and Natural Hazards Cooperative Research Centre identifies grassfires as the main risk this summer in the east, while in the west, the bush is dry.

"The grass might be green in your area right now, but it will not take long for it to dry out once the heat of summer arrives," research director John Bates said.

"Grassfires can start quickly and spread rapidly, fanned by strong winds. They can catch you out and they can do plenty of damage.

"Despite the prospect of a wetter summer, a few hot and windy days can make a big difference to the fire risk, especially in grass and crop areas."

Southern Australia is one of the most bushfire-prone regions in the world, so there is always a risk of fire.

Regions that suffered from high-intensity fires last season are also at risk of flash flooding, erosion and landslips if heavy falls eventuate.

Heatwaves expected despite cooler temperatures
With the rain comes evaporative cooling and cloud cover that are expected to keep temperatures below average for central parts of the country.

But as we are about to experience this weekend, the La Niña is not going to stop it getting hot.

"When we do see these heatwaves, as we get into the summer proper, they are likely to be a little longer than normal and possibly a little more humid than normal," Dr Watkins said.

"Even if they don't get to the extremes that we've seen in the last couple of years."

Climate driver dodgems
According to Dr Watkins, the Southern Annular Mode (SAM) being in neutral to the south and the Madden Julian Oscillation (MJO) sitting well away from Australia in the north have conspired to keep things dry in November.

"The mix of climate drivers has actually ended up with a drier pattern for many areas, except for south-west WA, of course, where they've had some good rain," he said.

But the La Niña is still brooding over the Pacific.

"It's just the other climate drivers have basically been blunting its influence over the last three weeks," Dr Watkins said.
The La Niña is expected to continue to strengthen and peak in December or January before easing off towards the end of summer.

"We will be expecting things to start looking a more classic, La Niña-type rainfall pattern once we get into December or even January," Dr Watkins said.

There is even the chance of the monsoon kicking in early.

The strong polar vortex circling Antarctica at the moment, positive SAM, warm waters over northern Australia, and impending arrival of the MJO in early December, are all expected to aid in bringing moisture over the continent this summer.

The race to harvest
Senior economist at the Australian Bureau of Agricultural and Resource Economics (ABARES), Peter Collins, said for some areas a lot of spring rainfall had slowed the harvest a little.

"But in a lot of areas, especially across New South Wales, the rainfall they have had has actually been beneficial," he said.

Farmer and agronomist Rohan Brill is one of the lucky ones who has been able to take advantage of the dry window over the past few weeks to get some of his crop in.

"We just can't believe our luck," he said.
"We thought it was going to be a really nightmare harvest with the forecast that our headers would be getting bogged and our grain would be getting damaged by rainfall. But that hasn't eventuated."

In his neck of the woods in the central Riverina of New South Wales, Mr Brill said there had been a bit of frost damage but, overall, the near-average rainfall this year had been enough to set up a really good year.

It is not breaking records for individual paddock yields, but consistent across the board.

"So most of the farmers are just more and more relieved every day that it's fine and sunny and grain is getting harvested and sold," he said.

Mr Brill reckons most in his patch are "over the hump" and will need another week or so to finish up the harvest.

But there are still large parts of the country where they will be racing to harvest before the rains come.

Traditionally, the harvest moves later in the year the further south you go.

Mr Collins thinks there will still be people harvesting after Christmas.

"There's a lot to get off this year, and in those regions where the harvest has been slowed that just means it will take longer to get what is a well-above-average crop off," he said.

Fingers crossed they get it in, in time.