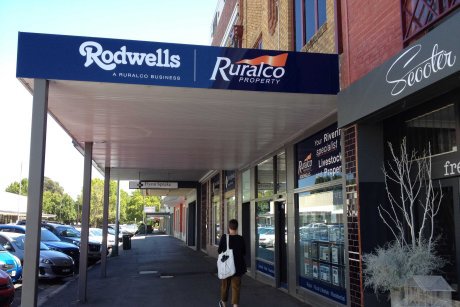 Landmark and RuralCo both offer a wide array of retail products and services in regional Australia — from fertilizer, property, farm chemicals, a livestock agency, wool and water brokering to agronomy and retailing products like fencing equipment, workwear, irrigation supplies and hardware.

If the deal is completed, the rural retail game will be dominated by two major players with the combined Landmark-RuralCo entity competing against Elders.

In assessing the proposed takeover of RuralCo by Landmark's parent company, Canada's Nutrien, the Australian Competition and Consumer Commission (ACCC) said it was primarily concerned about a reduction in competition at retail stores.

However, in its assesment of the deal it found this would only be an issue in Broome, WA, Alice Springs, NT and Hughenden in Queensland.

"Ultimately, we decided that the transaction was not likely to substantially lessen competition, as rival rural merchandise retailers and wholesalers will continue to provide strong competition," ACCC Deputy Chair Mick Keogh said in a statement.

"The independent sector in rural merchandise is strong, and we considered that it is likely to remain strong, due to the close relationship that independent store owners can build with their local farmer customers.

"Customer relationships and service are more important than branding to many customers in this industry, and this provides greater scope for independent retailers to compete than is the case in some other retail industries," Mr Keogh said.

"While we had competition concerns in Broome, Alice Springs and Hughenden, these were resolved by the commitment to divest sites in those locations."

Landmark has operated in Australia for the past 150 years, but was bought by Canadian company Agrium in 2002.

RuralCo is listed on the Australian Stock Exchange and therefore the Foreign Investment Review Board (FIRB) needs to approve the deal.

"RuralCo is not aware of any reason that FIRB approval would not be obtained now that the Scheme has received ACCC Clearance," RuralCo told the ASX on Thursday morning.

Mergers on mergers
"'Nutrien is looking to bolster its position as a global ag retail superpower by expanding its downstream presence in dependable markets like Australia," CRU International's head of phosphate analysis Chris Lawson said.