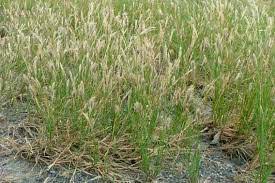 The research, investigating the seed bank biology of northern weeds, is part of an investment by the Grains Research and Development Corporation (GRDC) in collaboration with the University of Queensland (UQ) led by the University of Adelaide (UA).

While it has been commonly recognised that FTR germinates across a wide temperature range of 10-40 degrees Celsius, UQ weeds researcher Bhagirath Chauhan said early trials had proved a number of separate FTR populations from different origins could germinate in temperatures as low as five degree Celsius.

“Our trials showed FTR could germinate across a range of temperatures, including day/night temperatures of 15/5 degree Celsius, which could in turn potentially present major challenges for in-crop weed control during late winter and early spring,” he said.

“There was significant variation in dormancy across populations, which makes decisions around weed management difficult.

“The adaptability of this weed could mean there is the potential for FTR to become even more of a problem throughout northern NSW and southern Queensland.”

He said widespread rain during February and March across northern NSW and southern Queensland resulted in major germinations of FTR, replenishing weed seedbanks and increasing the weed risk heading into spring.

“However, if FTR has established in the winter crop then growers will need to be prepared for an aggressive control strategy post-harvest.

“Research has also shown that one of the most effective tactics to manage FTR in fallow is to have a residual herbicide down before late winter or early spring rainfall and rising temperatures trigger large germinations.

“This is especially important when managing large areas of fallow and spraying capacity may not be available to double knock the entire farm within a few days of FTR emergence.

“So now is actually the ideal time to start making paddock decisions on how to manage in fallow this summer.”

Mr Congreve said ongoing industry research had resulted in several effective residual herbicide options for both short and long fallows, as well as non-crop areas, so there was now a suitable option for the majority of farm situations.

Dual® Gold (Group K) – New label claims allows for single or split applications in fallow, which can be useful where a planting date for summer crops is not certain. Dual Gold can provide excellent grass weed control, but only limited broadleaf activity. The major advantage of Dual Gold is short plant back periods to many summer crops, including maize and sorghum (the latter when treated with Concep® II seed safener). The work to achieve that label change was generated with GRDC investment.

Isoxaflutole, e.g. Balance® (Group H) – A very useful option for summer fallow control where the paddock is going back to chickpeas or winter cereals next year. In addition to control of FTR, isoxaflutole is also very effective on sowthistle and fleabane. However, plant back restrictions are likely to rule out the planting of summer crops and some other winter crops.

Palmero® TX or Apache® (Group H + C) – These herbicides contain isoxaflutole (e.g. Balance) and terbuthylazine (e.g. Terbyne®) which provides an even broader spectrum of activity than isoxaflutole alone. As with straight isoxaflutole herbicides, crop rotations are most likely going to be restricted to cereals or chickpea in the following year.

Valor® (Group G) – Broadleaf and grass weed control with relatively short plant back periods to many crops, including a range of summer crop options. Valor can also be used for residual control in irrigation channels.

Terrain® (Group G) or imazapyr (many brands) (Group B) – Provide extended residual control of a range of broadleaf and grass weeds, including FTR, when used around buildings, farm roads, fence lines and non-crop areas.

Growers and advisers wanting to know more about managing FTR can register for the following upcoming GRDC events: