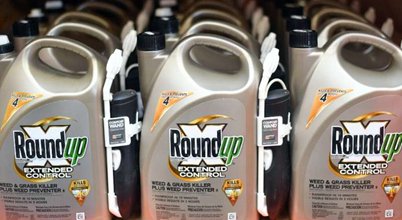 The ruling, issued Thursday, is a boost to US agriculture giant Monsanto and its German parent company Bayer, which has been battered by a wave of lawsuits over its flagship weedkiller sold under the trade name Roundup.

California decided in 2017 that the pesticides must carry labeling to reflect the World Health Organization's International Agency for Research on Cancer finding two years earlier that is was "probably carcinogenic."

But in a letter to businesses, the EPA cited its own evaluation from 2017 that it said contained a more extensive dataset.

"It is irresponsible to require labels on products that are inaccurate when EPA knows the product does not pose a cancer risk. We will not allow California's flawed program to dictate federal policy," said EPA Administrator Andrew Wheeler in a statement.

California juries have also handed out blockbuster damages awards in three cases against Monsanto where cancer victims successfully argued the herbicide was the probable cause of their illnesses, though each of the amounts were later reduced.

Austria became the first European Union member to forbid all glyphosate use in July, with restrictions also in force in the Czech Republic, Italy, and the Netherlands. France is phasing it out by 2023.

Opponents of the Austrian bill consider the ban counter to law in the EU, which at the end of 2017 renewed the license for glyphosate for another five years.

But the independence of the European Food Safety Authority was questioned after media reports suggested that pages of its report were copied and pasted from analyses in a 2012 Monsanto study.

Writing in the British Medical Journal in April, epidemiologist Manolis Kogevinas said it had become difficult to separate scientific research on glyphosate from politics and economic interests.

"Undisclosed industry involvement has emerged in evaluations by EFSA, the UN's Joint Meeting on Pesticide Residues, and the US Environmental Protection Agency," he said.

"Although it is difficult to quantify, lobbying probably influenced the outcome of some of these evaluations and media coverage and led US government officials to question supporting the IARC/WHO."

Kogevinas argued that more research was required to address gaps in information, including the relative effects of different product formulations, the timing of exposure, and the mechanism of the substance's action in humans.

"But responsible companies marketing products that may pose a risk to human health and the environment should be collaborating internationally to gather evidence of possible harm, rather than attacking authoritative science," he concluded.