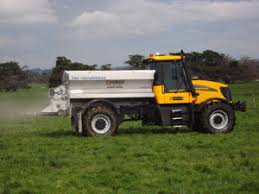 The semi-annual report said overall global fertiliser prices were either at, or near, 10-year-lows, with the plummeting cost of raw materials, growing production capacity and mediocre demand keeping prices of nitrogen (urea), as well as phosphate and potash down.

Report co-author, Rabobank agricultural analyst Wes Lefroy said one of the key factors driving down prices was the falling cost of energy. The abrupt drop in fuel demand during COVID-19 lock-downs forced the price of natural gas down 46 per cent (UK NG ICE) and coal 11 per cent (ZCE Thermal Coal) – both critical to the production of urea and processed phosphates.

The report said the bank expected Australian winter-crop planted area would increase by 26 per cent this year, up 12 per cent above the five-year average, boosting urea demand.

“Australia is heavily reliant on global imports and, in light of the pandemic, risks are higher than usual – any COVID-19-related interruption to freight may impact availability of urea during winter and spring, especially for orders at short notice,” he said.

Shortages, caused by either freight interruptions or excessive local demand may cause local prices, and basis, to sharply increase.

Mr Lefroy said a higher-than-previously-expected Australian dollar had supported growers’ purchasing power in recent months, but Rabobank expects the Australian dollar to weaken to 64USc over the next six months – taking some of the shine off the low global price for Australian farmers looking to lock in fertiliser contracts ahead of next season.

Indian suppliers are expected to increase ammonia and urea production in 2020 in response to increased domestic demand, reducing India’s significant dependency on the international market. Coupled with low cost of production, this increased international supply is forecast to keep prices at lower levels during at least part of quarter three.

For phosphates, he said, the global outlook would be greatly influenced by input costs, but low commodity price levels and the low cost of raw materials may limit any price increases.

“With utilisation rates at current levels, cheap inputs and commodity prices not incentivising any extra demand, it is difficult to see much upside for phosphate prices on a global level for the next six months,” Mr Lefroy said.

For potash, he said, regional prices were expected to be influenced by supply contracts in China and India, with their contract prices used as a reference for some potash importers in South America and Southeast Asia.

“With the main demand season getting closer, the prices of potash in these regions are expected to stabilise slightly above those ones locked on contracts,” he said.