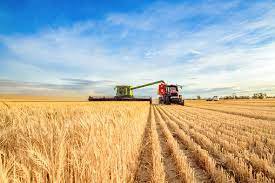 Despite recent flood and rain damage in the eastern states, the ABARES Agricultural Commodities: December Quarter is forecasting a history-making agricultural gross production value of $78 billion – $5.4 billion more than predicted just a few months ago.

The value of agricultural exports is forecast to hit a record $61 billion.

Production is expected to increase year-on-year for every major livestock commodity and almost every major crop commodity – with farmers forecast to produce the largest volume ever.

“It would be the first time in at least half a century that production will increase for so many products at the same time,” Dr Greenville said.

“And if these forecasts are realised, 2021–22 will see the largest total volume of agricultural commodities Australia has ever produced.

“Prices are also at multi-year highs for many agricultural commodities.

“Higher export volumes and higher prices are forecast for almost every major export commodity, with the total value of agricultural exports being revised up $6.5 billion to $61 billion, also an all-time high.

“This uplift in Australian agricultural production value and volume is unprecedented and the result of exceptional growing conditions here and poor seasons being experienced by key overseas competitors.

“There is uncertainty how long prices will remain at these levels – and supply chain disruptions, higher fertiliser prices and heavy rainfall domestically will continue to be watch points.

“This forecast accounts for the unfortunately timed substantial rainfall and localised flooding in east coast growing regions during November.

“This will delay harvests and result in some crop losses, but this is unlikely to reduce national harvest tonnage significantly.

“The larger impact will be on grain quality, with a higher than usual proportion of the crop being lower-value feed-grade wheat.”

For media inquiries or interview requests email media@agriculture.gov.au or phone (02) 6272 3232.